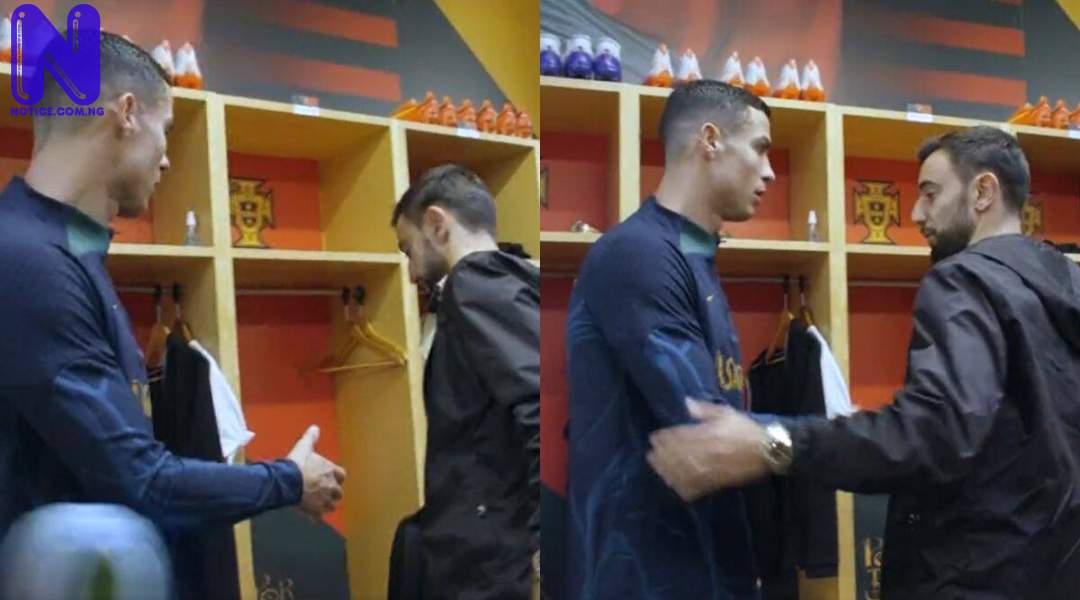 Portugal midfielder, Joao Mario, has insisted that the Cristiano Ronaldo and Bruno Fernandes awkward handshake in the dressing room was just “a joke.”

The two Manchester United stars had a cold exchange as they linked up with the national team a day after Ronaldo’s bombshell interview with Piers Morgan.

But Mario claims there is no rift between the two players.

Speaking at a press conference on Tuesday, he said: “I was in the locker room at that moment, I saw pictures.