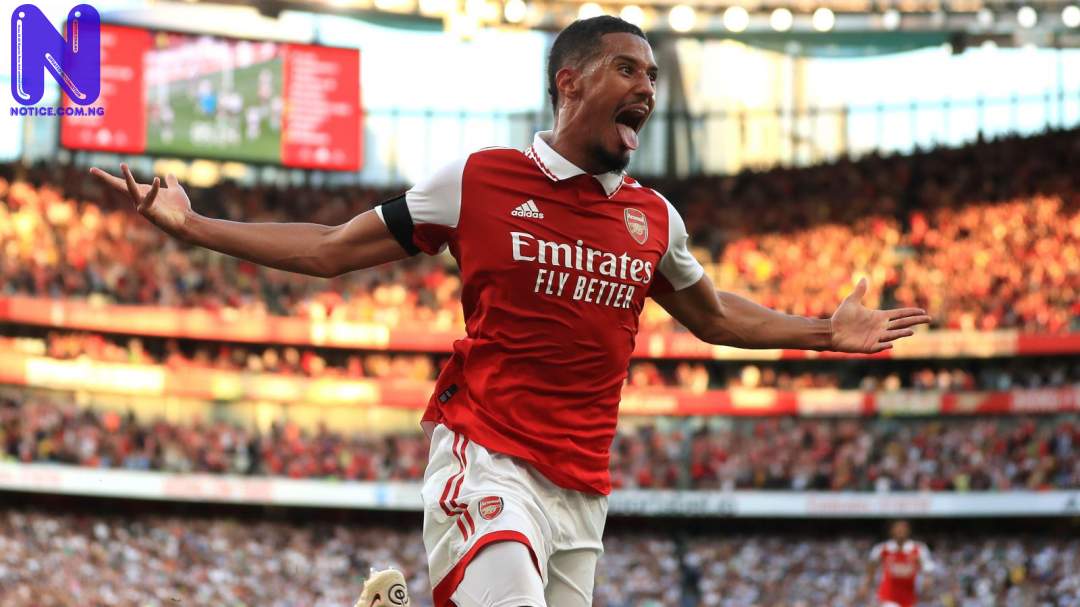 Arsenal goalkeeper, Aaron Ramsdale has given a new name to teammate, William Saliba, calling him a Rolls Royce.

The England goalkeeper hailed the impact of the French defender, Saliba this season, but added that his team-mate still requires ‘digging out' from time to time.

Arsenal kept their place atop of the Premier League table with a 3-1 victory over Tottenham in the north London derby on Saturday.

Saliba shone like a bright star in Arsenal’s defence, notably selling a brilliant dummy to Richarlison in the first half.

The 21-year-old has earned rave reviews since returning from his loan at Marseille in the summer.

Ramsdale pointed out that the Frenchman is still not the finished article and stressed the importance of the whole back-line bailing each other out.

“He has fit in really well,” Ramsdale told Arsenal’s website of Saliba

“It is a credit to him that he has been put straight into the team, he is a bit of a Rolls-Royce with the way he moves and he has never seemed phased.

“He is still a young boy so still makes mistakes so at the minute it is either Ben (White), myself, Gabriel or Thomas Partey digging him out and he is digging other people out as well,” he said.


DO YOU KNOW >>> Barcelona boss, Xavi names three players he would like to coach