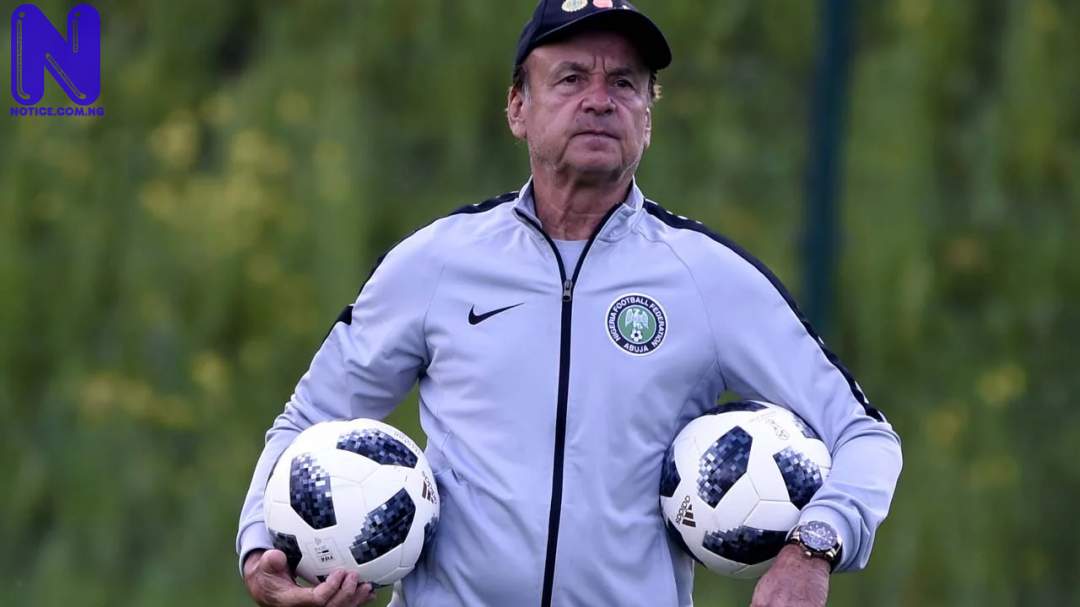 Super Eagles coach, Gernot Rohr, has warned that his side’s second leg Group L matchday four 2022 AFCON qualifier tie against Sierra Leone in Freetown on Tuesday will be difficult because the host has a good team.
Rohr also revealed that he expects the Super Eagles to secure the three points against Sierra Leone.
Rohr’s men played a 4-4 draw against Sierra Leone in the first leg encounter in Benin City, Edo State last Friday.
Speaking after the Super Eagles’ training session on Monday, Rohr said at his pre-match conference, “The expectations are to have a good match. We have discovered the condition of the stadium, the grass, also the hot weather. The travelling was okay, a little bit long, but I think we can recover until tomorrow afternoon and of course, our objective is to win the game.
“We wanted to secure four points from the two matches to qualify, which is still possible. I believe in my team, I think we can do it, but it will be difficult like I said before the last match, we saw in the second half that they have a good team.
“But we can play very well, we showed it in the first 30 minutes (in Benin). We want to play like that, playing forward, scoring goals but defending better than we did the last time.
“We have confidence and Nigerian People should believe the players will fight and they will give their best. I think we are ready for this match.”
The kick-off time for the match is 5 pm.