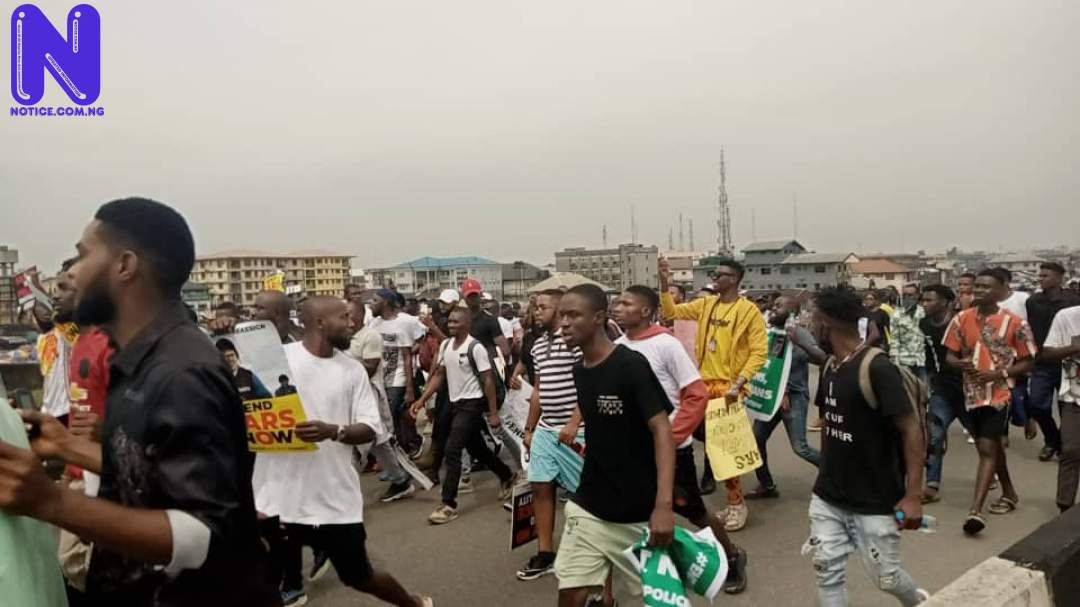 Residents of Port Harcourt, Rivers State capital, on Tuesday filed out in their numbers to protest against the Special Anti-Robbery Squad, SARS, of the Nigeria Police Force, NPF.
The youths marched to the Police Headquarters in Moscow road, Port Harcourt to register their displeasure over the activities of SARS operatives and police brutality in general.
This is coming despite a ban by the state Governor, Nyesom Wike.
Wike had banned anti-SARS protest, following the dissolution of the unit by the Inspector General of Police, IGP, Mohammed Adamu.
The governor’s ban was made public in a statement by the state’s Commissioner for Information and Communications.