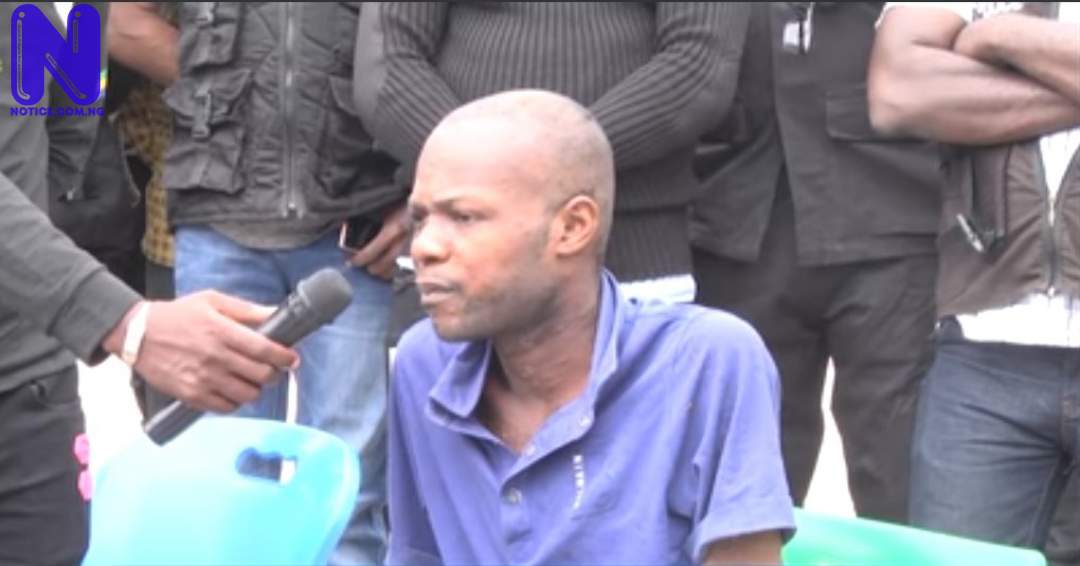 A land seller in Rivers State, Prince Reuben has confessed to the rape and murder of his client, Joy Saturday.

Reuben narrated how they perpetrated the act when he was paraded by the police headquarters.

Force Spokesman, Frank Mba stated that Reuben and three others (at large) committed the crime.

He said Reuben, who hails from Eche, earlier sold a plot of land for N250,000 to the late Joy Saturday, a mother of four and a trader.

Later, Reuben told the deceased there was another vacant land for sale.

Joy accompanied Reuben to the location where his accomplices – Nwaba, Promise and Chinedu – were already hiding.

"Joy was kidnapped. They took her into the forest, gang-raped her, stole her N20,000 and then shot her to death.

“After killing her, they poured acid on her body and then threw it into the forest. Nwaba, Chinedu and Promise are currently at large”, Mba said.

In his confession, Reuben recalled how the victim called to inform him that she was ready to see the land.