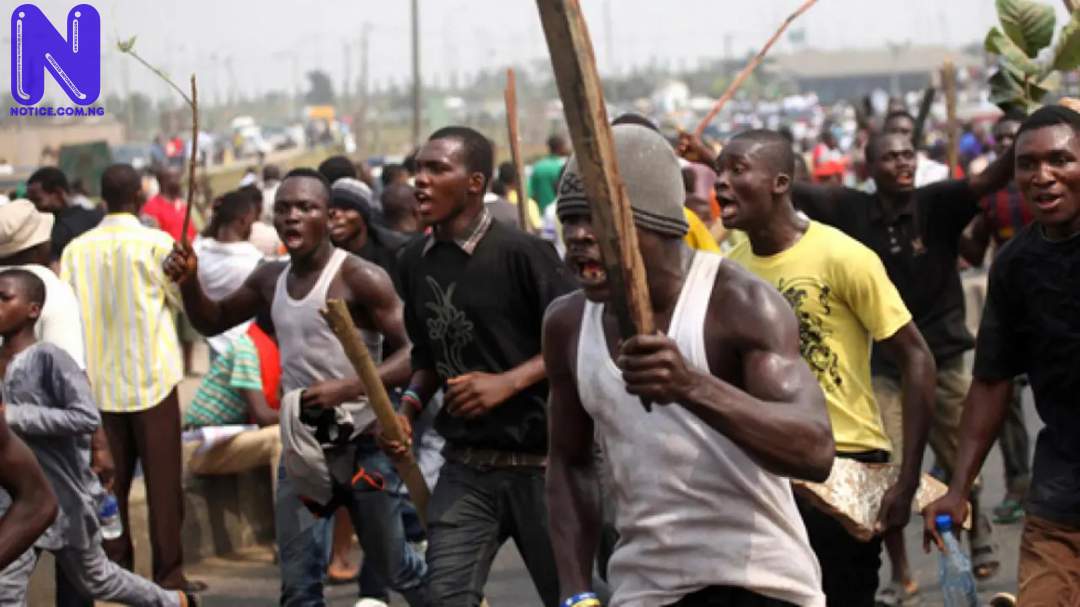 A female roasted plantain seller simply identified as Iya Oluso, has been killed during a clash that occurred between two rival cult groups in Ibadan, the Oyo State capital.
Press reports that the two rival cult groups Monday morning clashed at Ilupeju area of Ibadan.
Our correspondent gathered that the two groups caused panic in areas such as Idi-Arere, Kudeti, Ilupeju and its environs where the 60-year old woman was shot.
The woman, who is a roasted plantain seller, died as a result of the gunshot she sustained, Press gathered.
It was further gathered that the clash started on Sunday at a party between the rival groups where many of them sustained serious injuries from weapons used in attacking themselves.
One of the two groups, in spite of that, on Monday, visited the areas to unleash terror on the residents.
An eyewitness told our correspondent that one of the two groups numbering about 50 came on a reprisal attack on Monday morning and attacked the residents of the communities.
The hoodlums started attacking innocent citizens, destroying vehicles on the roads as well as looting the shops in the areas.
A source said in the process a stray bullet from the hoodlums hit the elderly woman identified as Iya Oluso of about 70 years and died on the spot.
Another account stated that the stray bullet was from Police officers that came to quench the violence attack.
Press gathered that one of the sons of the deceased is a leader of a Celestial Church in Akuro, Oke-Ado area, Ibadan.
The remains of the woman have been deposited at a mortuary, Press learnt.
Public Relations Officer, of the state Police command, Mr. Olugbenga Fadeyi, confirmed the incident.
Fadeyi added that two suspects have been arrested in connection with the incident.
He said, “On 24/01/2021 at about 2200 hrs, there was a rival thugs clash between Akobi and Shogoye Areas of Idi Arere, Ibadan.
“The hoodlums broke shops and set up bonfire. The Police patrol teams from Mapo and SRS swiftly moved in and put out the fire and arrested two (2) suspects in the process with the recovery of two expended cartridges and a blood stained cutlass thereby patrolling the areas till day break.
“Sequel to this, the hoodlums from the two areas resumed the hostility today 25/01/2021 as early as 0600 hrs. In the process, there was a crossfire from one of the hoodlums where pellets met an aged woman of about 60 yrs on her right arm/armpit who died thereafter.
“The corpse was evacuated to Adeoyo Hospital for autopsy. Police patrol vehicles stationed in the area and Investigation has commenced into the matter by Mapo Division.”