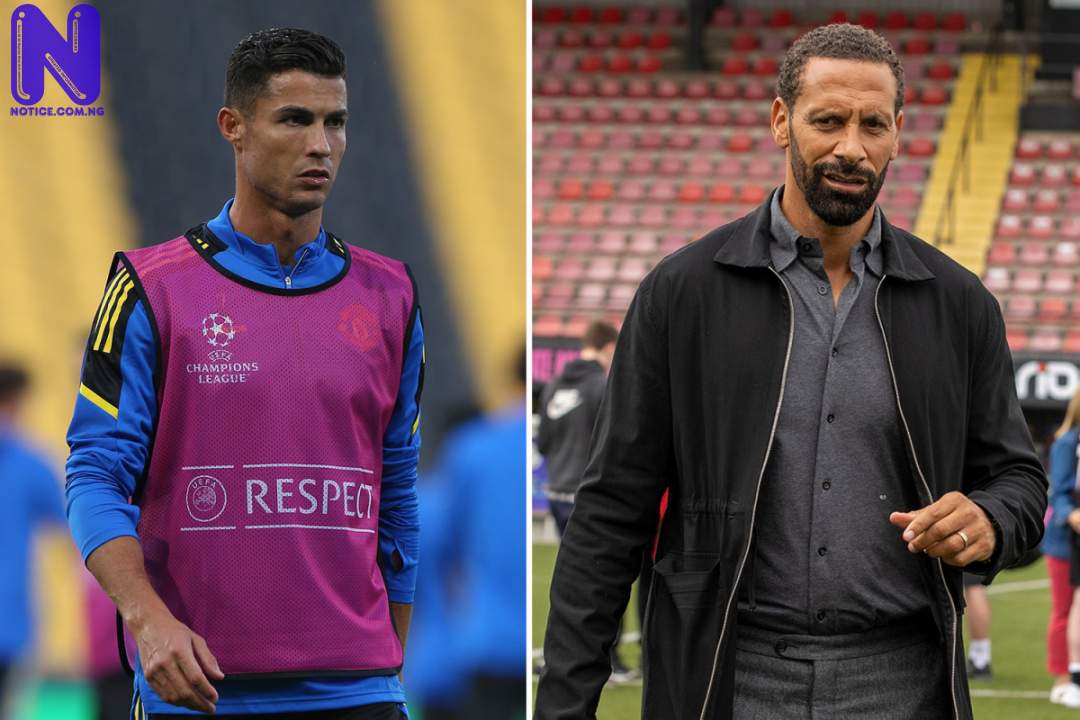 BT Sport pundit, Rio Ferdinand, has said he would have told Cristiano Ronaldo to “sit down” when the Portugal captain started barking instructions from the touchline during Manchester United's 2-1 defeat to Young Boys.

Ronaldo opened the scoring against the Swiss side in the Champions League, although United went on to lose.

The game turned around after Aaron Wan-Bissaka was shown a straight red card shortly before half-time.

Ronaldo and Bruno Fernandes were withdrawn in the 72nd minute of the match.

But rather than take his place on the bench with the rest of the team, Ronaldo stood up and shouted instructions from the technical area, standing side-by-side with Solskjaer, while Fernandes also joined in.

His Ex-United teammate Ferdinand was not impressed by his actions.

Ferdinand said: “If I'm the manager, I've got to be honest, I'm telling him to sit down.”