Zubby Michael and Yul Edochie Who Is Richer? - Check out cars and net worth 2022 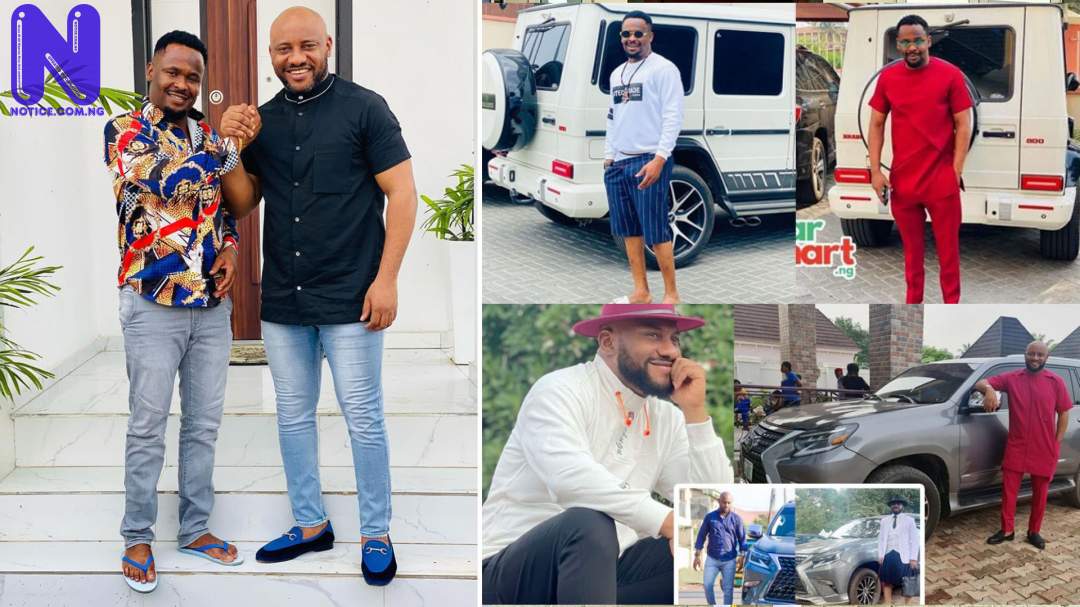 Zubby Michael and Yul Edochie are household names in the Nigerian movie industry. These two film actors have been around the industry for decades. They’ve starred in countless Nollywood movies and directed and produced many more. It is impossible to be familiar with Nollywood without knowing either Zubby Michael or Yul Edochie.

Zubby Michael and Yul Edochie are household names in the Nigerian movie industry. These two film actors have been around the industry for decades. They’ve starred in countless Nollywood movies and directed and produced many more. It is impossible to be familiar with Nollywood without knowing either Zubby Michael or Yul Edochie.

While both actors are prominent in the Nigerian movie sector, they have amassed a reasonable amount of wealth due to their commitment to the craft. But, what is still confusing for many people is who is wealthier than the other.

Many are often left with the question: is Zubby Michael richer than Yul Edochie? Even if you’ve not outrightly asked the question, the curiosity must have developed just reading this. We’ve gathered and displayed facts about Zubby Michael and Yul Edochie’s wealth to provide those answers. To find out who is richer, you’ll need to keep reading.

Zubby Michael is a very popular name in the Nigerian movie industry. One of the distinguishing factors of Zubby Michael is the birthmark that immediately gives him away. He is both a film actor and producer in Nigeria.

Zubby Michael, who hails from Ekwusigo LGA in Anambra state, has appeared in over 100 Nollywood movies. Apart from earning consistently from the industry, Zubby also has endorsement and brand ambassadorship roles that have enabled him to amass wealth. As a typical Igbo man, Zubby’s wealth can be seen in his number of cars, houses, and net worth 2022.

Zubby Michael has the money so he can afford to own as many cars as he wishes. You’ll find some of the tastiest luxury cars worth millions of Naira in his collection. But, money spent on them isn’t an issue because Zubby can afford them. Below are some of those cars,

The car comes with a 2.0L inline-4 turbo with a mild hybrid drive engine. 255 [email protected] 5,800 rpm power. 12.6 cu ft cargo capacity and 6.0 sec 0-60mph acceleration. Depending on the model of the 4matic, the starting price is from 4 million Naira to 55 million Naira. The 4matic owned by Zubby Michael ranges between 30 to 55 million Naira.

Range Rover Sport is another popular luxury car you’ll find in the possession of many wealthy Nigerian People. The car is designed to afford owners the utmost luxury and comfort. To purchase a brand new Range Rover Sport in Nigeria, you must have about 60-90 million Naira.

Zubby Michael has a Range Rover Sport in his possession valued at 70 million Naira.

The Mercedes Benz G-Wagon is another luxury car you’ll Zubby Michael owns. The car is designed with some of the best luxurious features, making it a car primarily affordable for the wealthy. In Nigeria, to own a G-Wagon, you must have tens of millions as it’s another expensive car with a price range that starts from 20 million Naira upwards.

The same way that Zubby has an assortment of cars is how he does with houses. He has two mainly known houses in Asaba and Lagos, Nigeria. Zubby Michael has a mansion he built in 2018 in Asaba, Delta State. Currently, the house is worth millions of Naira.

He also has another house he bought for 60 million Naira in 2020. The house is located in Festac, Lagos, Nigeria.

As one of Nigeria’s most famous film personalities, Zubby Michael has also used this avenue to gather the majority of his wealth, valued at $9.6 million.

If you are Nigerian, chances are that you know Yul Edochie. You certainly have heard his name or surname even if you don’t. The Edochie surname is a household name in the Nigerian film industry as his father has been a prominent figure.

Like Zubby Michael, Yul Edochie has starred in many movies and made much money from the industry. We look into his cars, houses, and net worth 2022 to characterize his wealth.

Aside from Yul’s love for Nollywood, he is also deeply into cars. You’ll see this from the collection of cars this actor has to his name. They include;

Yul owns the full-size luxury SUV that boasts its off-roading and luxury features. You’ll find pictures of the actor next to his Lexus GX ride on his Instagram page. The car is also worth millions of Naira.

Yul has the 5-seater Honda Crosstour that runs on a 3.5-litre V-6 engine with a horsepower of 271. The car also has a 5-speed automatic transmission system and a top speed of 0-60 minutes per hour in 7 seconds. The car is valued at 12.3 million Naira.

The car also has a 7-speed automatic transmission of 0-60 seconds per minute in 6.2 seconds. It is currently valued at 25.3 million Naira.

Yul Edochie has a duplex in Lekki Lagos, where he lives with his family. This duplex is worth millions of Naira. The Nollywood actor/director also has a mansion in his hometown of Anambra State.

Yul Edochie’s source of income is his acting career and money earned through endorsement and partnerships. The actor has a net worth 2022 estimated at $2 million.