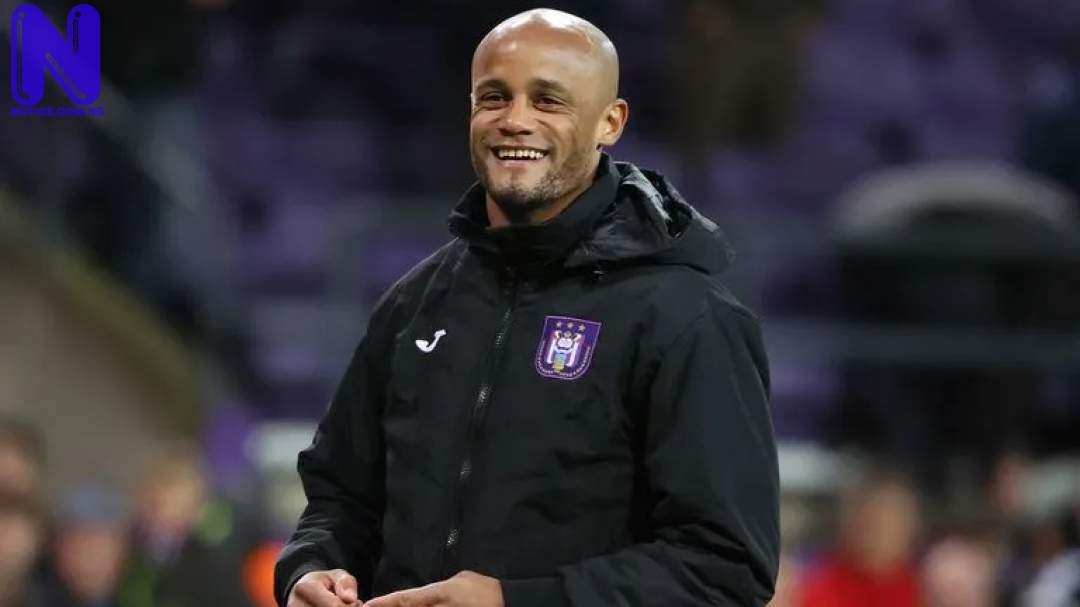 What is Vincent Kompany net worth 2022?

He is one of the Legends of Manchester City Football club

In this article NOTICE.COM.NG will be bringing to you Vincent Kompany net worth 2022 and every other information you need to know about him.

Vincent Kompany is a legendary central defender who is currently plying his trade as a coach at RSC Anderlecht.

Prior to his retirement as a footballer in 2020,Vincent Kompany played for several clubs such as Anderlecht (where he began his football career from), Hamburger SV, and Manchester City, the latter being the club he spent a greater part of his career, playing for and also winning several domestic trophies as the captain for 11 seasons.

In this article, we will be considering his journey throughout his football career both as a player and as a coach, as well as his net worth 2022 and achievements.

Vincent Jean Mpoy Kompany was born on April 10,1986 in Uccle, Belgium. His father Pierre Kompany was an Immigrant to Belgium where he became a mayor, thereby becoming the first black to assume such a position in Belgium, his father also serves as his Agent. Vincent's mother Jocelyn is from  Belgium, which explains how he got a citizenship in Belgium. He has a brother Francois who plays for Roeselare.

Vincent Kompany's professional footballer career began at Anderlecht after progressing through the youth ranks of the club. He played three seasons for the club as a regular starter before sealing a move away to Hamburg of Bundesliga in 2006, by then he was 20 years old.

Vincent Kompany immediately cemented his spot as a first team player at Hamburg and then went on to become one of the best defenders in the league.

After spending two seasons in Bundesliga where he played 29 times for Hamburg, Vincent Kompany signed for Manchester City in 2008.

He soon became an integral part of  the English club helping to solidify the club's defense line and was later charged with the responsibility of leading the club as their captain in 2012.

Kompany established himself as one of the best Centre backs in England as he lead the club to their first premiere league in more than 4 decades. In that same season, he was awarded the premiere league player of the season.

Vincent Kompany had a very huge impact positively on the players and the club both on and off the pitch and this feel good factor saw the club claim three more English Premier League titles, the Carabao Cup and THE FA cup under the coaching of new coach Pep Guardiola. After a successful eleven years with the club, where he made 265 appearances and scoring 18 goals as a defender.

In 2019, Kompany announced that he will be leaving the club at the expiration of his contract. He later left the club and returned to his boyhood club Anderlecht where he played as a player-coach. He made 15 appearances for the club before he was officially made the coach of the club after retiring in 2020.

He was ranked number 23 on the list of The 100 Best Footballers in the World by The Guardian in 2012.

Vincent Kompany took up a career as a Manager of his boyhood club Anderlecht, in 2020. So far he has had an impressive stats since taking over as the Manager of the club. His managerial stats are listed below.

How tall is Vincent Kompany?

Vincent Kompany is about 1.92 m (6 ft 4 in) which gaves him an edge over his opponents in terms of aerial duels.

Vincent Kompany is a proud husband to his old time girlfriend Carla Higgs whom he married June 11,2011. Their union has yielded a beautiful daughter by name Sienna and two sons.

BBC Goal of the Season x1

How many language does Vincent Kompany speak?

Vincent Kompany is known to be multi lingual, as he can speak four languages which are English, French, German And Dutch.

Manchester City unveiled the stunning statue of one of their legends, Vincent Kompany who led the club to four Premier League titles, two FA cups and four EFL cups.

The statue which illuminates blue, was produced by Andy Scott, an award winning sculptor.

When asked how he felt about the statue, Vincent Kompany said "I didn't really expect to be recognised by such a great club in that way".

Indeed he deserved the honor, for he was an amazing leader and player who became a legend in the club.

Vincent Kompany net worth 2022 is estimated at about $45 million. He has been one of the Legends of Man City and Premier league as whole. Vincent Kompany earned most of his income during his time as a footballer.

As the current manager of Anderlecht, Vincent Kompany reportedly earns around £2. 7 million as a Manger of the club.

Kompany is an official FIFA ambassador for registered charity SOS Children. Of Congolese heritage, Kompany represents his father's native Congo, and has invested and engaged in projects which aim to provide an education and safe living accommodation for children living in poverty.

In March 2013, Kompany bought the Belgian third division club FC Bleid as a "social commitment towards the youngsters of Brussels", with the intention of offering disadvantaged youngsters the opportunity to use sport as a vehicle for self-improvement.

Vincent Kompany holds a Masters degree in Business Administration. He was awarded a merit grade and achieved a distinction with a score of 72 on his dissertation project after studying at Alliance Manchester Business School on their part-time Global MBA in 2017

Have your say about Vincent Kompany net worth 2022 in the comments below. Lets discuss