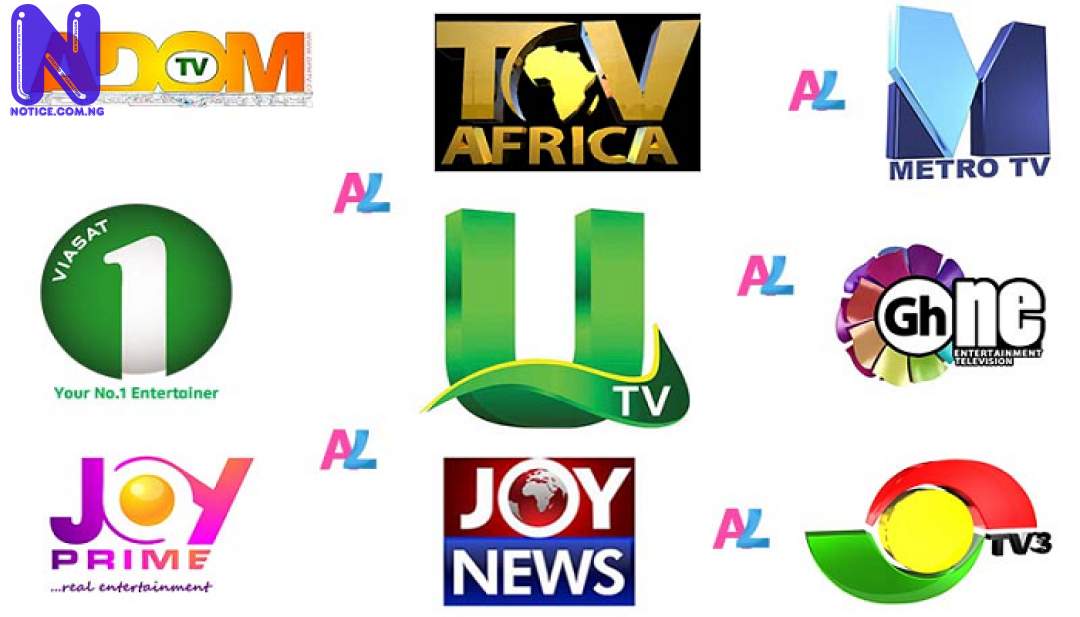 Known as the 4th estate of government, the Ghanaian media landscape has over the past two decades evolved not only as an avenue for engaging citizens but a lucrative business sector that has produced some successful entrepreneurs and business leaders in Ghana.

Even though we cannot evaluate the financial value of the industry in Ghana, Price Water-Coopers in 2020 valued the global entertainment and media market at over $2trillion which tells us the potential this industry described as one of the fastest growing industries has to make one a successful entrepreneur.

Even with tight regulations being witnessed currently in the media landscape, multiples of media ventures would continue to be established and for the records for entrepreneurs who wish to venture into the media business, we decided to research and name some of the most successful Ghanaian media entrepreneurs and leaders.

With the emergence of new media (blogging & vlogging), we can boldly predict that the narrative would not be the same in a few years from now as similar publications would feature individuals currently taking advantage of creating content and using the online space to spearhead their works.

The list below throws the spotlight on both leaders and entrepreneurs in the media space in Ghana who feature as the founders or managers of the biggest media establishments in Ghana who are rivalling thriving African media companies.

According to ghana.mom-rsf.org, Media General, one of the largest media conglomerates in Ghana is owned by The Cudjoes with renowned ICGC pastor Rev. Anthony Cudjoe as the executive director.

Beatrice Agyemang Abbey serves as the Group CEO after previous roles in the company as a General Manager, a Managing News Editor, an anchor, a reporter and Senior Producer.

Multimedia Group Limited (MGL) was founded in 1995 by Kwasi Twum with one radio station - Joy 99.7Fm as the first private radio station licensed in Ghana. Over the years group has expanded into more radio & TV Channels, News Websites and a satellite network.

Mr Kwasi Twum is a Fellow of the Africa Leadership Initiative, an Aspen Institute Henry Crown Fellowship Initiative and holds a Bachelor of Arts Degree in Economics from the University of Ghana, Legon and is an alumnus of Harvard Business School.

With Nik Amarteifio as the owner and Samuel Attah Mensah as the manager, Omni Media has evolved quickly to carve an excellent niche itself in the industry. With an exemplary leadership, their organisation operate Citi FM, Citi TV, Citi Newsroom and other news websites.

Mr Amarteifio is also the Chairman and majority shareholder of Dannex Limited, Starwin and Ayrton as Samuel Attah-Mensah ‘Sammens' serves as the Managing Director of Omni Media.

Osei Kwame is one of the successful media entrepreneurs who is credited to have revived the Ghanaian media landscape with the launch of Peace FM in 1999. Osei Kwame could quickly expand his media network to Okay FM, Neat FM, Hello FM and Peace FM Online and grouped them under the umbrella of Despite Group of Companies.

Through a partnership with Ernest Ofori Sarpong another successful entrepreneur in 2015, they co-founded United Television (UTV) which is the most watched free to air local channel in Ghana. They both own shares in Best Point Savings & Loans Limited in Ghana

He also owns a chain of businesses in Ghana's herbal medicines, broadcasting, beverages and transport industries and a well-known philanthropist.

Edith Dankwa is notably the most audacious woman in the media space having survived several decades of running the foremost business newspaper in Ghana. Under her leadership, her company organises the Ghana Economic Forum and hosts other business events across the country. Established in 1989 as a weekly publication the Business & Financial Times (B&FT) has grown to be a leader in the newspaper industry reporting on various issues of business and the economy.

As one of the successful collaborations in the media landscape, both Dr Duffuor & Bola Ray have led the EIB Network to lead the industry.

Apart from being the chairman of the Asante Kotoko football club, Dr Kwame Kyei is notably known for his investments in the media. In 2006, he kick-started his media adventure with the launch of Light FM in Kumasi and has over the years added more channels such as Light Television, Vision 1 FM and Wisdom FM to the media scene.

Dr Kwame Kyei is an accomplished entrepreneur and corporate executive with over 25 years of experience in the Petroleum downstream sector. Dr Kyei is currently the Chief Executive Officer and Chairman of the Board of the Unity Group of Companies with its latest addition being Unity Air. The group has a workforce of about 4,000.

As a newbie in the media industry, Dr Samuel Amo Tobbin took one of the boldest decisions to venture into the industry and has so far made a remarkable imprint for himself. Through his TV channel, Atinka TV, the group launched a dancing reality show, which is regarded as one of the most watched reality TV shows in the country. His other media channels include Atinka FM, Agyenkwa FM, Ahotor FM and Atinkaonline.

Dr Tobbin is the Executive Chairman of The Tobinco Group with over Twenty Five (25) years' experience in managing businesses.

With current accomplishments as an ambassador to China, H.E. Edward Boateng is the Founder and Chairman of media conglomerate Global media Alliance which owns and run the brands: YFM, Happy FM & ETV Ghana.

In 1998, Edward Boateng incorporated Global Media Alliance (GMA) in Johannesburg, South Africa, with a view to offering services like corporate communications, television production and media relations and event management. Currently, GMA is headquartered in Accra, Ghana with an office in Kenya and partners in Nigeria, UK, South Africa and Malaysia.

Mr Kwasi Sainti Baffoe-Bonnie's venture in the media is notably one of the greatest contributions to political discourse in Ghana. With the affiliation to the current opposition NDC, his channels Radio Gold & Montie FM have contributed to the immensely the development of our media landscape.

Even though his company is currently facing multiple challenges of closure, his role as the founder of Network Broadcasting Company Limited is worth noting.

For the past 20 years, Wilson Arthur has led the Skyy Media Group to evolve as a local FM station based in Takoradi to national pride after venturing into the media industry with the passion to impact people's lives.

Spotting an opportunity in 2006 when Ghana signed the international agreement to switch from analogue to digital television by 2015, the group applied for a license to operate a digital television infrastructure which was launched in February 2009.

As a politician, Hon Wilson has served as the District Chief Executive for Wassa East in the Western Region.