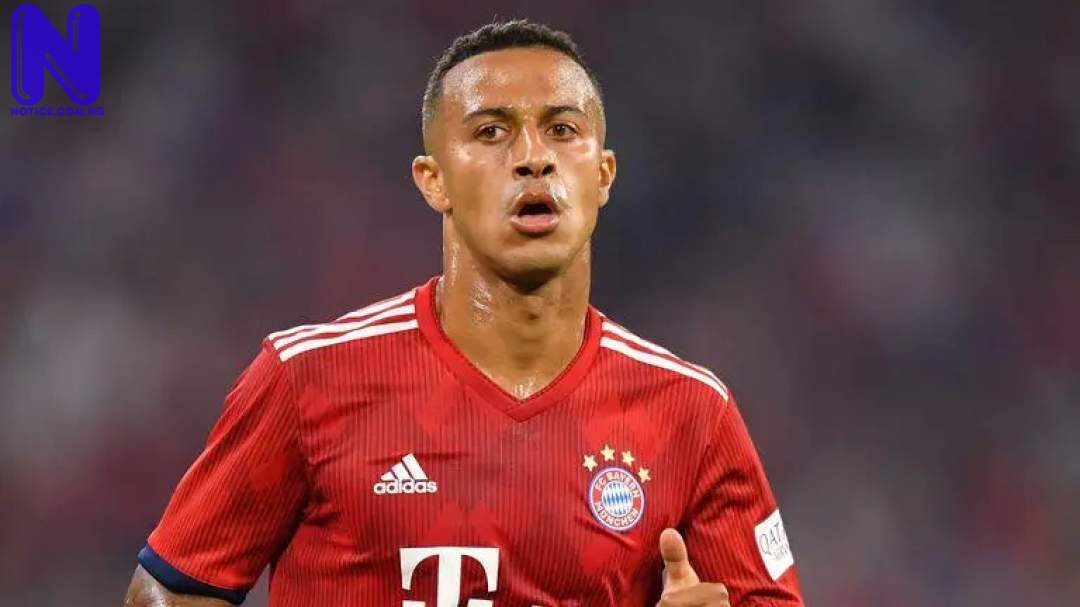 is $25 million. His main source of income is through his illustrious professional football career. He also has a number of endorsement deals. The Liverpool star is one of the best midfielders in the world.

Thiago Alcantara do Nascimento  also known simply as Thiago is a Spanish professional footballer who plays as a central midfielder for Premier League club Liverpool and the Spain national team.

Born in Italy as the eldest child of Ex-player Mazinho, Thiago joined Barcelona aged 14, and made his first team debut in 2009.

After winning honours including four La Liga titles, the UEFA Champions League and the FIFA Club World Cup for Barcelona, he was signed by Bayern Munich for €25 million in 2013.

In Germany, Thiago won 16 trophies, including the Bundesliga seven times in a row, and the UEFA Champions League as part of a continental treble in his final year at the club. In 2020, he signed for Liverpool in a transfer worth an initial £20 million.

After helping Spain to European Championships at under-19 and under-21 levels, Thiago made his full international debut in 2011. He was part of the provisional squad for Spain in the 2014 World Cup but withdrew due to a knee injury. Thiago was selected for UEFA Euro 2016 and the 2018 FIFA World Cup.

The 29 years old Spanish professional player, Thiago Alcantara net worth 2022 is 25 million Dollars in 2020, including all of his properties and earnings.

Thiago started his career in the youth academy of Flamengo but moved to FC Barcelona in 2005 aged 14, where he joined Barcelona famous academy, La Masia. He moved through the ranks of the academy fast and reached the senior team as a promising teenager. In total Thiago played 53 games for Barcelona B and scored 2 goals.

READ ALSO >>> How Liverpool could line up against Atalanta BC as Thiago Alcantara, Mohamed Salah returns

He started He made his first-team debut against RCD Mallorca on 17 May 2009, still a teenager. On 20 February 2010, he scored his first goal for the Catalan giants in a 4-0 win against Racing Santander.

He was an often-used substitute by Pep Guardiola in Barcelona's golden team which went on to win 14 titles in 4 seasons. During his 5-year spell at FC Barcelona, Thiago made 101 games across all competitions, scoring 11 goal and providing 20 assists as well.

Thiago was always behind the brilliance of Xavi Hernandez and Andres Iniesta. So, to seek regular first-team football, the Spaniard moved to Germany when Pep Guardiola left Barcelona for Bayern Munchen inn 2013.

Thiago made his Bundesliga debut in a 1-0 win over Entrechat Frankfurt On August 2013 and immediately established himself as one of the Bavarian's best midfielders.

Thiago's first two seasons at Bayern was marred by injuries as he played only 25 and 13 games respectively. But in his last four seasons Thiago found his form and Bayern enjoyed great success with the Spaniard pulling the strings in the middle of the park. His best season individually was the 2016-17 season in which he scored 9 goals in 43 matches.

On the collective level Thiago and Bayern's best season was the 2019-2020 season in which the Bavarians won the domestic double as well as their sixth UEFA Champions League in brutal fashion, demolishing the likes of Barcelona, Tottenham, Lyon, Chelsea and Paris Saint Germain along the way.

In total Thiago played 235 games for Bayern Munchen during his seven year stay at the club. He scored 31 goals and provided 34 assists.

After the historic season with Bayern Thiago informed his club that he wants new challenges and is eager to Join Liverpool. Liverpool Finalized his move in September 2020 and Thiago made his debut a few days later, coming off the bench in the 2-0 win against Chelsea.

Thiago Alcantara and his family are settling into their new life in Merseyside following the midfielder's transfer to Liverpool.

On Friday, the 29-year-old signed for the Reds from Bayern Munich, with Liverpool agreeing a deal worth a total of £25m for the Spanish international.

His wife Julia is said to be a hotel owner; running a resort with her family in Costa Brava.

With such a busy life, as well as being doting parents to their two children Gabriel, three and Siena, who was born earlier this year, Thiago and Julia appear to enjoy the rare time they have off travelling.

net worth
net worth 2022
thiago alcantara