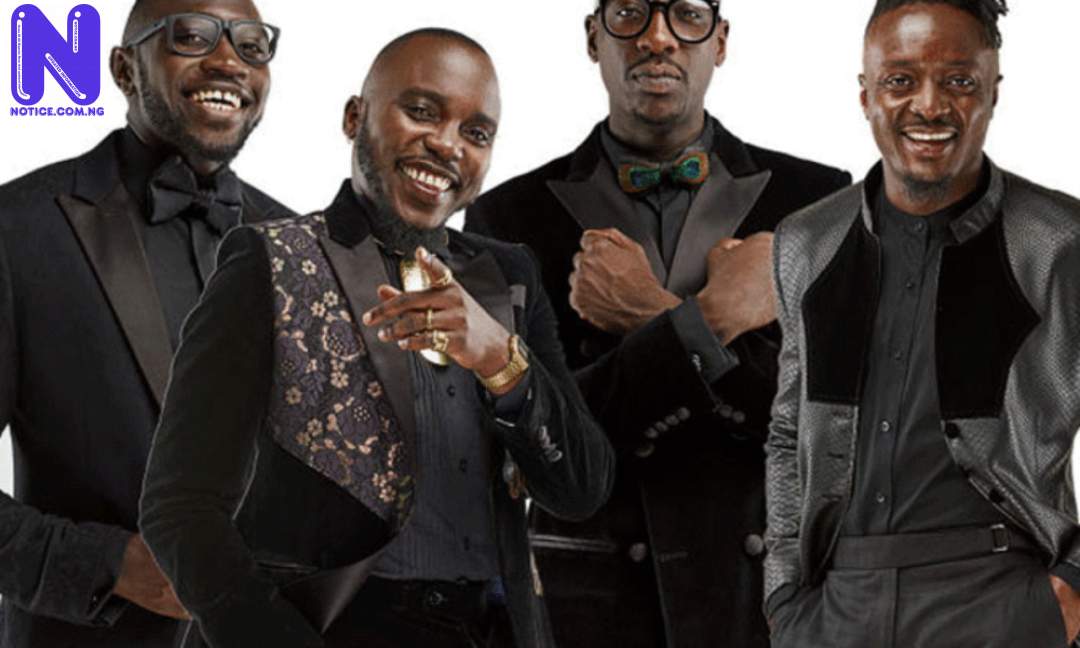 The Group was initially an a cappella group, guitarist Polycarp Otieno joined before they named themselves Sauti.

The Sauti Sol music group is known to be the top earners among the musicians in Kenya.

They are also among the most awarded musicians in the country.

Sauti Sol group is made of Bien-Aimé Baraza, Willis Chimano and Savara Mudigi.

Bien-Aime (French for beloved) Baraza is a vocalist, songwriter and guitarist. His style of singing is soulful and his songwriting skills celebrated by many.

Willis Austin Chimano is a vocalist, keytar and saxophone player. His deep voice and flamboyant style makes him stand out in the group. Before the formation of Sauti Sol, Chimano contested and won in the annual Fête de la Musique music competition at the French Cultural Centre.

Polycarp Otieno is a guitarist and producer. His signature style - guitar riffs blends with the group's mix of soulful vocal harmonies and drum rhythm. His love for the guitar started early when he attended free guitar lessons at All Saints Cathedral.

Savara Mudigi is a vocalist, percussionist, drummer and producer. His versatility in the band has played an instrumental role during tour and in the establishment on their imprint label: Sauti Sol Entertainment.

The group  released their debut studio album Mwanzo on 1 November 2008, to critical acclaim.

Their second studio album, Sol Filosofia, was released on 25 February 2011, earning the group a number of accolades and nominations in the process.

Their third studio album, Live and Die in Afrika, was released online on 21 November 2015 as a free download, available for 48 hours as an early Christmas present

Their fifth album Midnight was released in August 2020.

The band has had several successful tours in Africa and Europe, topped Kenyan charts and gained international attention with shows in Europe and the US, as well as television appearances and various accolades and nominations, including their 2022 concert performance in Kenya with South African a cappella group Ladysmith Black Mambazo.

The music group is worth is worth millions of Ksh. currently the net worth 2022 Sauti sol is not available online.

The band has been in the music industry for more than a decade, and has won several local and international awards including BET Awards 2015, Kisima Awards, MTV Europe Music Award and Channel O Music Awards.

Sauti Sol rank among the richest musicians in Kenya. The band has received multiple brand endorsements from the likes of Coca-Cola (Coke Studio Africa) and Safaricom.