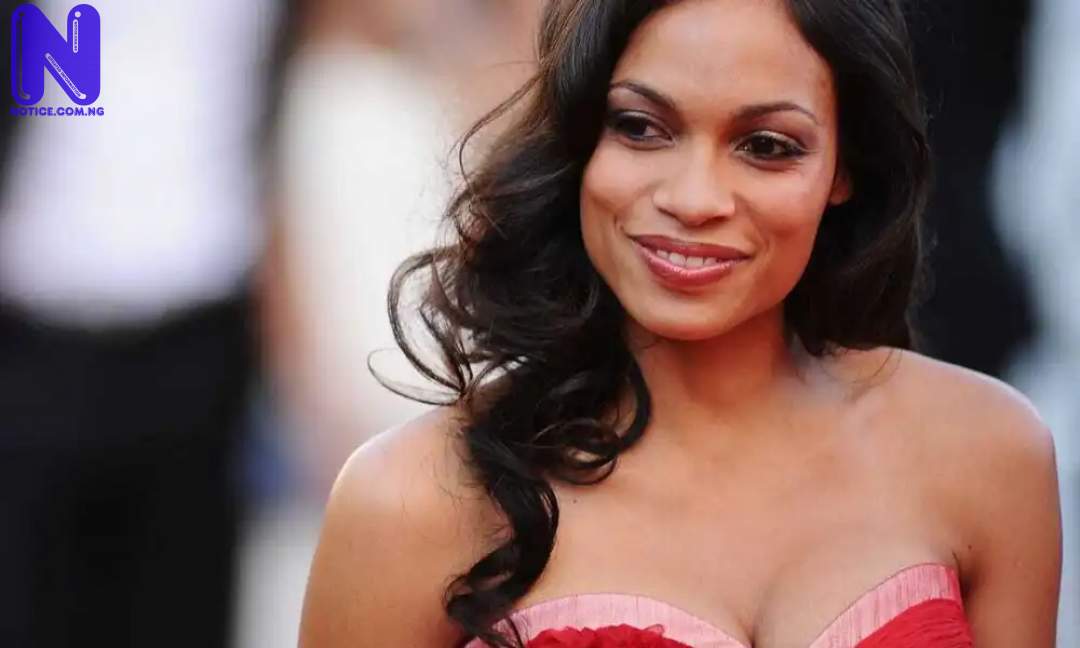 Dawson was born on May 9, 1979, in New York City. Her mother, Isabel Celeste, is of Cuban and Puerto Rican ancestry. Isabel was 16 years old when Rosario was born; she never married Rosario's biological father, Patrick C. Harris. When Rosario was a year old, her mother married Greg Dawson, a construction worker.

As a child, Dawson made a brief appearance on Sesame Street. At the age of 15, she was subsequently discovered on her front-porch step by photographer Larry Clark and Harmony Korine, where Korine lauded her as being perfect for a part he had written in his screenplay that would become the controversial 1995 film Kids.

She went on to star in varied roles, ranging from independent films to big budget blockbusters including Rent, He Got Game and Men in Black II. Dawson is also known for having several roles in comic book adaptations. These include Gail in Sin City (2005) and Sin City: A Dame to Kill For (2014), providing the voices of Diana Prince / Wonder Woman in the DC Animated Movie Universe and Barbara Gordon / Batgirl in The Lego Batman Movie, as well as her portrayal of Claire Temple in five of the Marvel/Netflix series (2015-2018).

In 2020, she portrayed Ahsoka Tano in the second season of The Mandalorian, and will star in the upcoming Disney+ original series Ahsoka.

Rosario Dawson net worth 2022 is estimated at $8 million. Dawson is involved with the Lower East Side Girls Club and supports other charities such as environmental group Global Cool, One Campaign, Operation USA, Oxfam, Amnesty International, Parents, Families and Friends of Lesbians and Gays (PFLAG), the International Rescue Committee, Voto Latino, and Stay Close.org, a poster and public service ad campaign for PFLAG where she is featured with her uncle.

Dawson briefly dated writer and actor Jason Sudeikis in 2010. Dawson was in a relationship with director Danny Boyle during shooting of the film Trance, which he directed and she starred in, in 2013.

From 2016 to 2017, Dawson dated comedian and television host Eric Andre.

In March 2019, Dawson confirmed that she is in a relationship with United States senator Cory Booker.

In October 2019, Dedrek Finley, a trans man, filed a case in Los Angeles against Dawson and her family for alleged incidents involving discrimination, verbal abuse, misgendering and physical assault. Finley had been employed as a handyman, living with the family and had known them for decades.

Through their attorney, the Dawson family said that they are "saddened and disappointed by these false and baseless allegations. In August 2020, 18 of the 20 accusations, including those against Dawson herself, were voluntarily dropped by the plaintiff.