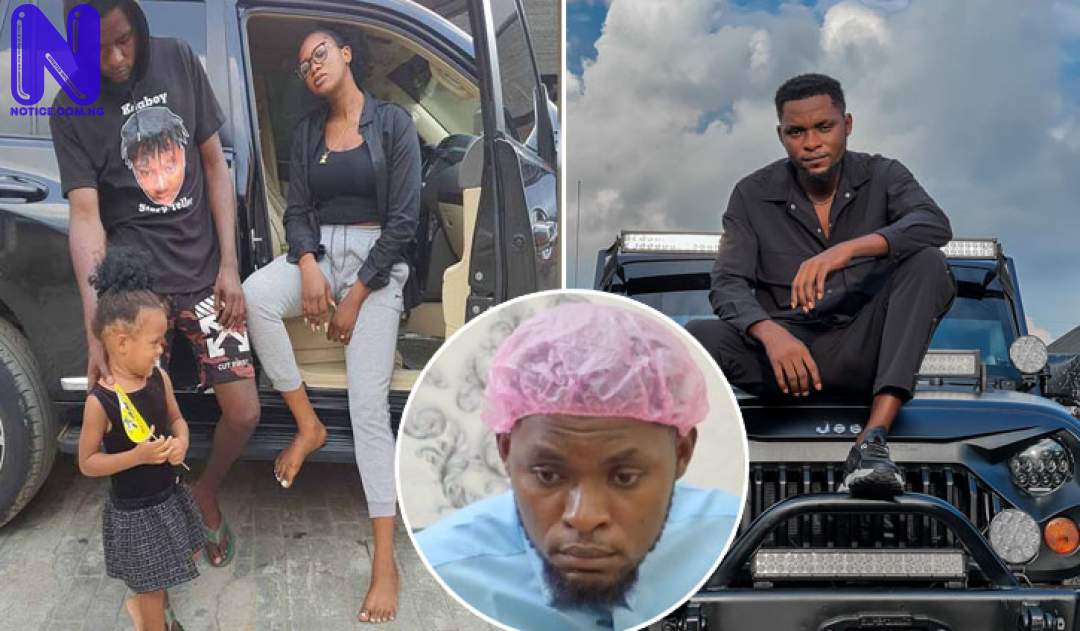 If you have heard of Emmanuella, the veteran child comedienne who is also the richest child in Nigeria, then you must have heard of Mark Angel. Mark Angel is the brain behind how Emmanuellla came to the spotlight, as he was quick to discover and furnish the unusual talent inside of her. Today's article on NOTICE.COM.NG brings to the stage Mark Angel; as we tell you all you need to know about Mark Angel.

Who Is Mark Angel?

Mark Angel is not just a stage name, it is actually the real name of the famous Nigerian YouTube celebrity and comedian. He is a Nigerian video producer, comic skit writer, and "YouTuber," best known for his content on the ‘MarkAngelComedy' series of shorts on his ‘YouTube channel. He is the first African to reach over a million subscribers on YouTube. Mark Angel's comedy is unique as it features the low-life and regular lifestyle of average Nigerian People, a trait which he uses to identify with his upbringing. Many of his comedy skits have featured child comedians like Emmanuellla Samuel who is only 10 years old and her sister; ‘Aunty Success Madubuike. Mark Angel's rise to stardom didn't happen overnight, it had been a journey of ups and downs.

Mark Angel is born and bred in Port Harcourt, Nigeria where he grew up with two siblings. He was born on May 27, 1991, to his average-Nigerian parents. Comedy wasn't part of his career goals in his younger years, he gained admission to study Medicine and Surgery at Obafemi Awolowo University, Ile-Ife. Tragedy struck when he lost his uncle, who was the financial sponsor for his education. Things became difficult at home, and Mark Angel had to drop out.

Moving from Ile-Ife, Mark Angel knew he couldn't continue his academics, so he went to stay with his friend in Lagos. Seeking another career path for his life, Mark Angel used the little savings he had on him to travel to India. In India, he learnt Cinematography for six months and performed stage dramas, especially comedy, with a theatre group called ‘Gingertainment.' When he was done in India, Mark Angel returned to Nigeria to practice his newly acquired craft.

Mark Angel joined the Nollywood film industry working as a movie editor and Director of Photography (DOP). in spite of that, he couldn't make ends meet and he was paid very little and some producers wouldn't even pay him at all. He had to quit working in the Nollywood industry after a while.

The Mechanic Pictures was established to be the production house aimed at creating photos and videos for skits, sharing them through ‘YouTube.' Mark Angel finally launched his YouTube page ‘MarkAngelComedy ‘ on June 29, 2013.

Mark Angel produced several skits videos on his YouTube page before the release of ‘ Am not Around" which was the ice-breaker that shot the number of subscribers on his page to over a million. This skit which is his 36th skit featured Emmanuellla. Amongst all the comedians he has featured in his skits, Emmanuella happens to be the longest-appearing actor. Mark Angel recruited her into his skits productions after she excellently performed in an 18-hour-long video shoot above other children. Mark Angel had to convince her parents to let her join his comedy crew. Emmanuella has risen to prominence since she joined Mark Angel comedy, she is  Africa's youngest ‘YouTube' award winner.

Mark Angel, though popular, has kept his personal life totally out of the public. He is not often seen displaying flashy cars. in spite of that, he recently posted a picture of him standing beside a Jeep where he said: ‘Now that God has blessed him, he can walk into where rich men park their cars and snap photos with them."

Though he didn't say he owns the cars, we bet he owns a JEEP WRANGLER

The Jeep Wrangler, with a bold, box-like-looking exterior is one of the grand vehicles you will ride and cause heads to turn in your direction. Mark Angel must have taken into consideration the peculiarity of Nigerian roads, as this car is built for ruggedness and off-road performance.

Mark Angel said the Benz must give him good paying jobs because of the hype, if not he will have a problem with the person that started the Benz hype. He wrote: BENZ THIS, BENZ THAT… IF THIS BENZ DOES NOT GIVE ME GOOD PAYING JOBS, GOD WILL PUNISH THE PARTICULAR PERSON THAT STARTED THIS HYPE. ATHINK THEY SAID IF I'M NOT DRIVING BENZ, CLIENTS WILL THINK THAT I'M NOT WORTH THEIR MONEY AND WILL NOT PAY ME WELL FOR MY JOBS. FROM NOW ON, ANY CLIENT REPEAT THAT- "WHAT WILL YOU USE THAT KIND OF MONEY TO DO?" PHRASE… ME AND HIM, PLUS ALL HIS STAFF WILL FIGHT REAL FIGHT. AM NOT PLAYING WITH U PEOPLE AGAIN O. LET SOMEBODY NOT GO AND USE HIS LIFE SAVINGS AND BUY CAR, AND U PEOPLE WILL START TELLING HIM STORY. INSTEAD LET ME JUST TELL THE DEALER THAT AM NOT DOING AGAIN OOOO….

Mark Angel has truly done a good job to keep his private life off social media. While he does most of his skits in the environs Lagos and Port Harcourt, it's possible he has a personal house in those locations.