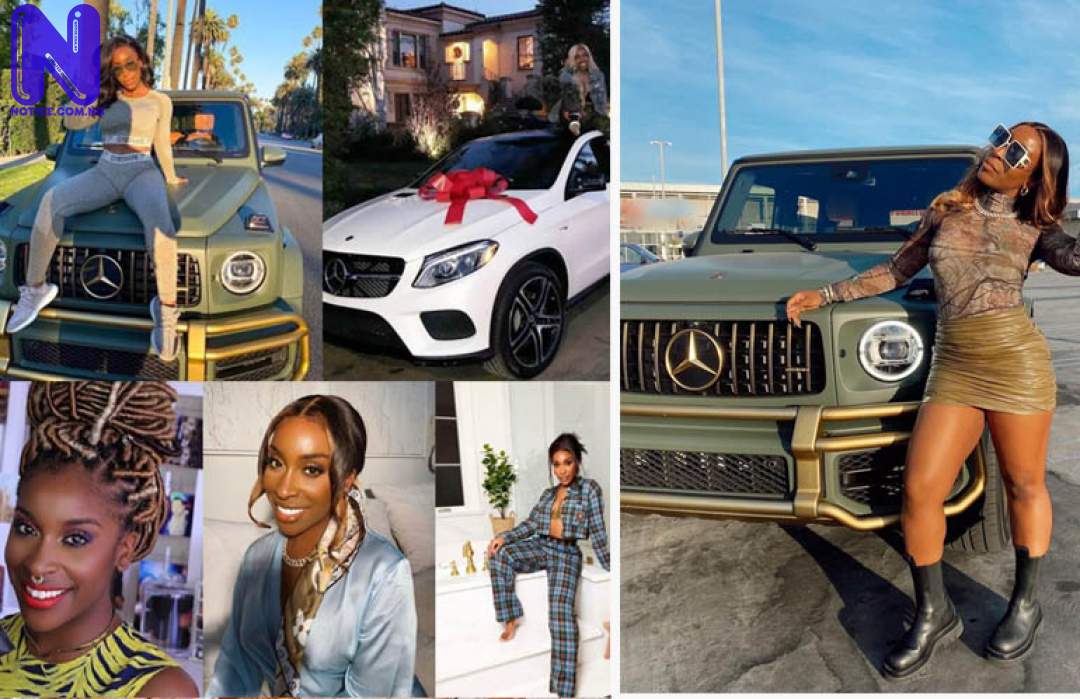 Jackie Aina is a Nigerian-American YouTuber famous for her beauty-related videos. She is one of the earliest YouTubers who carved out their niche in beauty and lifestyle. Over the years, she has become even more popular, drawing the attention of many and being an inspiration for many dark-skinned women trying to make their big breaks either in beauty or the YouTube business.

Jackie Aina goes by the full name Jacquelyn Lonje Olayiwola Oyeshola Bolayemi Aina. She was born on the 4th of August 1987 in the United States of America to a Yoruba family of eight. Before the name "Jackie Aina" went mainstream, she was famous as LilPumpkinPie05 and MakeupGameOnPoint.

She grew up in Los Angeles' San Gabrie; Valley, which she describes as "kind of a hood and kind of suburban."  Earlier in her life, she joined the United States Army Reserve for two years. After one year of joining the military, the YouTuber started her channel.

Today, Jackie Aina is one of the most popular makeup artists and cosmetologists on YouTube. Over the years, her YouTube content has pivoted from makeup videos to using it to share knowledge on the fashion and beauty world with people.

As a woman who has been interested in makeup and fashion as a teenager, in 2006, she began her journey into the world of beauty. She launched her self-titled channel on YouTube and started sharing makeup videos there.

Her first video was "Electric Purple Smokey Eye", in which she demonstrated a smokey eye makeup look to her viewers. She posted other videos after this, like the rainbow tutorial, sultry gold, olive, purple sunrise, and many more.

Later, she pivoted towards sharing makeup product reviews and fashion videos while continuing with her makeup tutorials.

As she continuously made videos, her channel grew and gained momentum, and soon it crossed a million subscribers. Jackie has also used her YouTube page and online influence to help and put the word out for other women, especially black women trying to enter the beauty industry.

Jackie Aina has also been open about her criticism of the beauty industry. The YouTuber and businesswomen have been known to call out the industry for not making enough shades for people of different colours.

As her online prominence grew, she pivoted into full entrepreneurial mode. She started collaborating with big-name beauty brands like Anastasia Beverly Hills, e.l.f Cosmetics, Sephora and Sigma Beauty, and Too Faced to create makeup products that also have shades for darker-skinned women.

In July 2016, Jackie Aina partnered with e.l.f Cosmetics to create an eye shadow palette. In March 2017, she released five sets of "Must Have" brushes. In December of that same year, she opened up about releasing two rose gold powder highlighters, "La Bronze and La Peach", with Artist Couture.

Jackie Aina is one of the highest-paid YouTubers. As such, the YouTuber and businesswoman have enough money to get her hands on whatever car she desires. Jackie is also a car lover.

She owns expensive luxury cars like Audi, Ferrari, Porsche, Mercedes-AMG G63, and many other luxury rides.

After years of living in rented luxury apartments, Jackie made a move to purchase her dream home. It happened in 2021, when the beauty guru and one of the internet's top beauty gurus, in general, bought a $6 million mansion in the wealthy city of Arcadia, just east of Pasadena and west of Monrovia and Bradbury.

The house has over 10,000 square feet of living space across the main mansion and a detached guesthouse. The house has a garage with four cars, a resort-style swimming pool, and a sophisticated security system.

Jackie Aina is a hardworking businesswoman whose annual income averages $500,000. Her monthly income is around $42,000. She has many assets, one of them being her newly acquired home. Jackie Aina's net worth 2022 is estimated at $15,000 million.