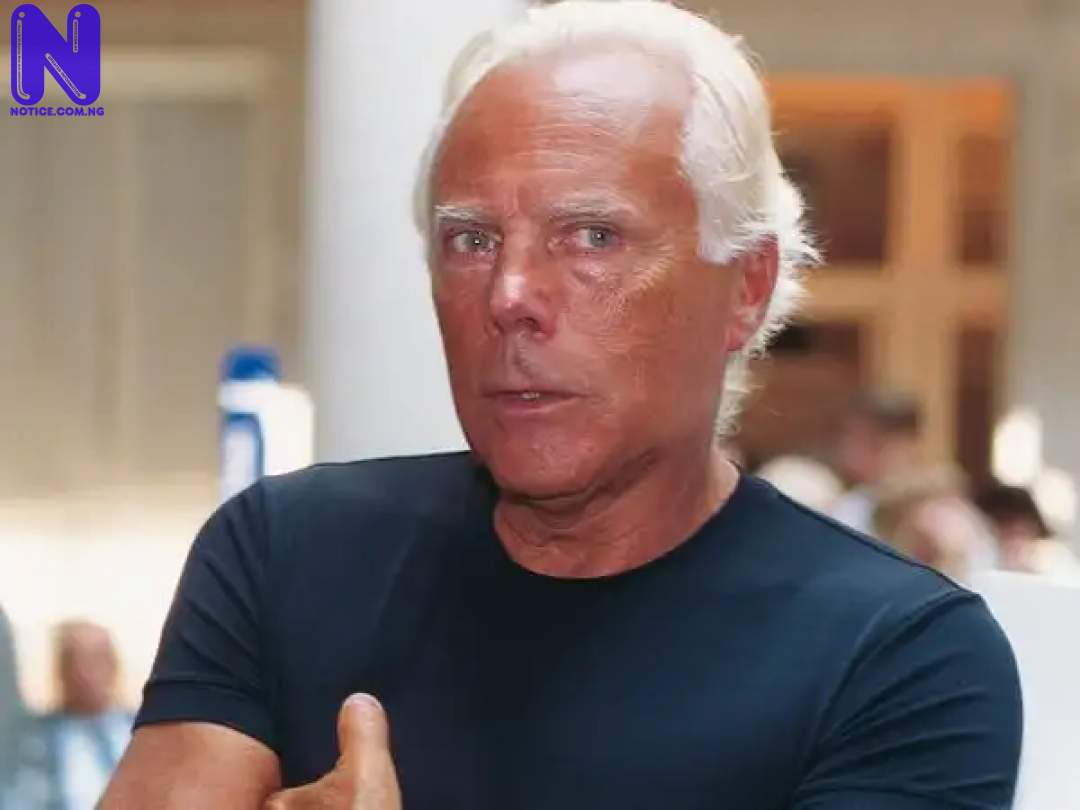 We bring to you Giorgio Armani net worth 2022.

Giorgio Armani is an Italian fashion designer. He first came to notice, working for Cerruti and then for many others, including Allegri, Bagutta, and Hilton. He is the most successful designer of Italian origin. Giorgio Armani net worth 2022 is $7.3 billion.

Armani was born on 11th July 1934 in  Piacenza, the northern part of Italy. He had his secondary school at the Liceo Scientifico Respighi in Piacenza.

He enrolled in the Department of Medicine at the University of Milan, but after three years, in 1953, he left and joined the army.

Due to his medical background, he was assigned to the Military Hospital in Verona, where he would attend shows at the Arena. He eventually decided to look for a different career path.

After an unsuccessful career in the army, Armani decided to look for a new job.

Armani found a job as a window dresser at La Rinascente, a department store in Milan in 1957.

He went on to become a seller for the menswear department, in which capacity he gained valuable experience in the marketing aspect of the fashion industry. In the mid-1960s, Armani moved to the Nino Cerruti company, where he designed menswear.

His skills were in demand, and for the next decade, while continuing to work for Cerutti, Armani also freelanced, contributing designs to as many as ten manufacturers at a time.

In the late 1960s, Armani met Sergio Galeotti, an architectural draftsman, which marked the beginning of a personal and professional relationship that lasted for many years.

In 1973, Galeotti persuaded him to open a design office in Milan, at 37 Corso Venezia.

This led to a period of extensive collaboration, during which Armani worked as a freelance designer for a number of fashion houses, including Allegri, Bagutta, Hilton, Sicons, Gibò, Montedoro, and Tendresse.

in 1975 he founded Giorgio Armani S.p.A. in Milan, with his friend Galeotti.

Armani established an innovative relationship with the fashion industry, characterized by the 1978 agreement with Gruppo Finanzario Tessile (GFT), which made it possible to produce luxury ready-to-wear in a manufacturing environment under the attentive supervision of the company's designer.

In 1979, after founding the Giorgio Armani Corporation, Armani began producing for the United States and introduced the Main line for men and women.

The label became one of the leading names in international fashion with the introduction of several new product lines, including G. A. Le Collezioni, Giorgio Armani Underwear and Swimwear, and Giorgio Armani Accessories.

Armani has designed many stage outfits for pop superstar Lady Gaga, including those worn on her record-breaking Monster Ball Tour and Born This Way Ball Tour. He has also designed for many high-biography award shows, such as the 52nd Grammy Awards and the 2010 MTV Video Music Awards

The Armani Hotel was opened in Burj Khalifa on April 27, 2010, comprising the bottom 39 floors of the supertall skyscraper in Dubai, United Arab Emirates; it has 160 guest rooms and suites, and 144 residences.

Giorgio Armani is also designing the interiors of the Armani Residences, also within the skyscraper, and its specially designed line of products from the Armani/Casa home furnishings collection.

He is into other businesses in Music, sports as the president of  Olimpia Milano basketball team,

net worth
giorgio armani
NET WORTH 2022
NET WORTH