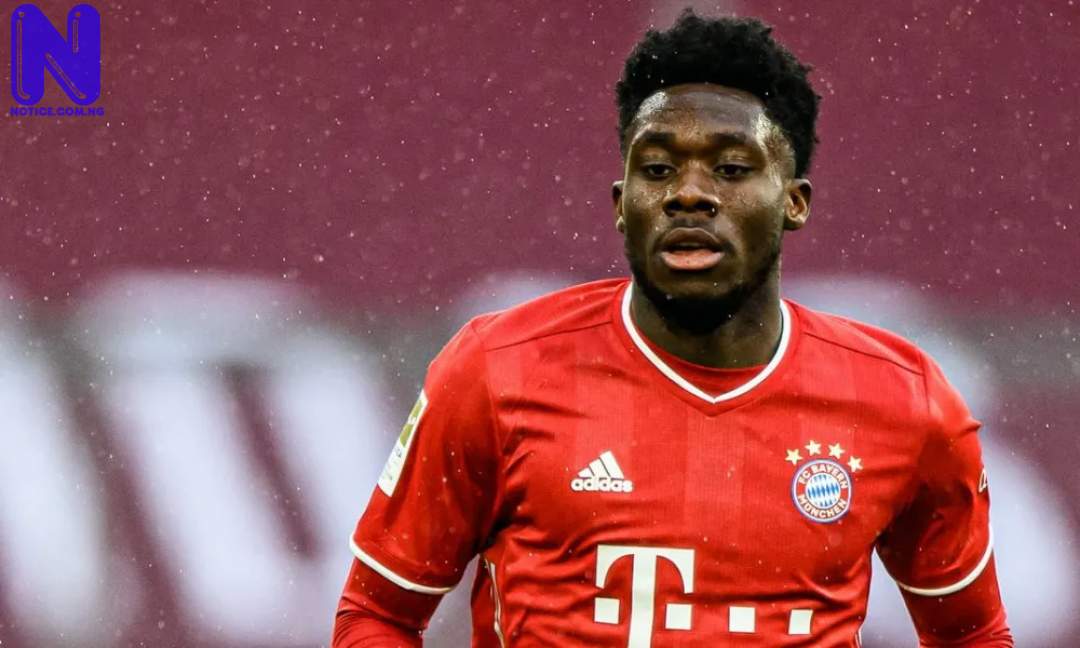 What is Alphonso Davies net worth 2022?

Alphonso Davies was named the most valuable young player in the world.

He is one of the best Defenders in the world

In this article, we will be bringing to you Alphonso Davies net worth 2022, Salary, stats and FIFA rating.

He is known for his attacking prowess and recovery rate, capable of playing as a left wing back and in the left midfielder. Alphonso Davies is the first player born in the 2000s to ever feature in a Major League Soccer (Vancouver Whitecaps FC).

He is also the second fastest player in the Bayern Munich squad and also one of the fastest in the Bundesliga.

Alphonso Davies was born in Buduburam, Ghana, to Liberian parents who were living as refugees in Ghana refugee camp, on November 2,2000. Before finding themselves in the refugee camp of Ghana, Alphonso Davies parents Debeah and Victoria Davies were originally residents of Monrovia in Liberia but they had to flee to Ghana as a result of the Liberian Civil War. His parents later relocated to Canadian in search of greener pastures.

Alphonso Davies schooled at St Nicholas Catholic Junior High in the City of Edmonton, Canada. While growing up, he used to have this strong passion for football and as such he joined his school's football team where his skills and qualities singled him out among his team mates.

Alphonso Davies joined the youth ranks of Whitecaps FC 2 in 2016. He made his first appearance as a professional footballer before turning 16, in April 2016 where he opened his goal scoring account, thereby becoming the youngest player ever to score a goal in Major League Soccer. He played only eleven games for the Major League side before signing for Vancouver Whitecaps FC in 2016.

After signing a professional contract with Vancouver Whitecaps FC, Alphonso Davies went on to establish himself as an indispensable player in the Major League. He came a utility player, capable of playing a wing back, full back and a left wing forward. He became a regular at the club, playing a total of 65 games where he was outstanding in all the games he featured in. His performance attracted the likes of Bayern Munich who acquired his services in 2018.

Alphonso Davies joined Bayern Munich in 2018 but had to play for Bayern Munich 11 before being integrated into the first team, making his first team debut on January 27,2019 coming on as a second half substitute for Kingsley Coman.

Alphonso won his first Bundesliga title WITH Bayern, as well as the DFB-Pokal and also became the first Canadian player to score and youngest player to score for Bayern. His five star performances in that season saw him cement his spot in the first team as a regular starter.

During the 2019-20 season, Alphonso Davies got off to a good start, featuring both in the Champions League and the Bundesliga, this time not from the bench but as a starter. He had an amazing season where he provided several assists and also won the Champions League, Bundesliga and DFB-Pokal with club, his biggest accomplishment so far with the club he joined in 2018.

The 2020-21 season wasn't in Alphonso Davies favor has Bayern Munich were eliminated from the Champions League but still managed to win the Bundesliga, finishing third in the Golden Boy award.

At the international level, Alphonso Davies has featured 25 times for Canada and scoring 9 times since he made his debut in 2017.

How tall is Alphonso Davies?

Alphonso Davies is a tall left full back with a height of 1.83 m (6 ft 0 in) and this he uses to his advantage.

How Fast is Alphonso?

Alphonso Davies is the second fastest player in the Bayern Munich squad behind Kingsley Coman. During the 2020-21 season, on his 32nd game, he reached a  speed of 36.53 kmph. Surpassing Achraf Hakimi of Inter Milan. He reached an all time high speed of 22mph in the Bundesliga in 2021.

Alphonso Davies started the 2021/2022 season with With two assists, and currently has the seventh-most in the league together with Jamal Musiala. He has a passing accuracy of 82.25%  with a successful tackle rate of 59.84%.

During his last game which he featured on September 24,2021, Alphonso Davies was deployed in midfield where he had a total of 85% ball possessions, 19 tackles with 13 of being successful. He made a total of 52 passes, covering a distance of 10.8km with 31 sprints.

Alphonso Davies has an impressive FIFA 21 rating, below is the stats.

From the stats above we can see that his stand out ability is his speed which helps him most time when recovering.

Alphonso Davies net worth 2022 is estimated at £10 million. He is among the highest paid footballers in Bundesliga.

In 2020, IES Football Observatory has valued him at a whopping €180.4 million, making him the most valuable young player in Europe's top five leagues.