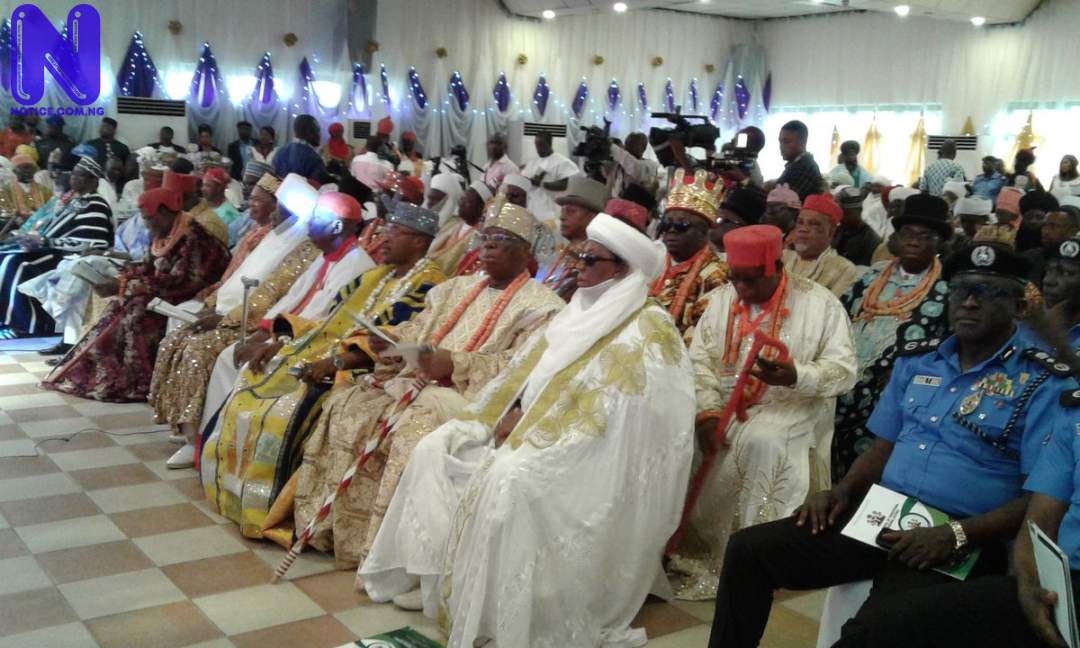 The National Council of Traditional Rulers of Nigeria, on Thursday, in Abuja, pleaded with the Senate to revisit its request for a constitutional advisory role in governance.

But in March this year when both chambers voted on the 68 bills seeking for amendments of some provisions of the 1999 Constitution, the request of the traditional rulers scaled through in the House of Representatives while it failed in the Senate.

Making move for re-consideration of the request, the monarchs led by the Etsu Nupe, Alhaji Yahaya Abubakar, in his capacity as the chairman, Coordinating Committee of National Council of Traditional Rulers in Nigeria, paid a courtesy visit on the President of the Senate, Dr. Ahmad Lawan.

In his presentation during the visit, Alhaji Abubakar told Lawan that they were taken aback by the rejection of their request by the Senate when voting on critical issues raised for Constitution review was done in the upper legislative chamber.

“Our request for an advisory constitutional role in governance listed as item 67 out of the total 68 items considered, was voted for in the House of Representatives but rejected in the Senate.

“Based on information obtained from the various media platforms, out of the 93 Senators present as at the time of voting in the Senate, 63 voted for and 30 against which as widely reported didn’t make up to the required 2/3 (73) votes.

“We are not happy with the situation of making it in one chamber and failing in the other.

“As a way forward, we decided to visit the Senate leadership for re-consideration of the request in the general interest of Nigeria and Nigerian People as far as intelligence gathering on security at local level is concerned,” he said.

In his response, the Senate President said it was the wish of the Senate to get the request considered during voting on items presenting for Constitution amendment in March as shown with 63 senators who voted for it out of the 93 present.

He said: “We hold you in high regards as our royal fathers and know how relevant you are in your various domains as far as the issue of checkmating crimes and criminalities are concerned.

“The Senate will revisit the request with a view to getting the 10 required votes to the 63 earlier.

“But in doing that, lobbying and consultations will have to be intensified on those who are yet to buy into the idea of an advisory constitutional role for traditional rulers in governance.

“Your visit here today, is more or less, kick-starting the process.”