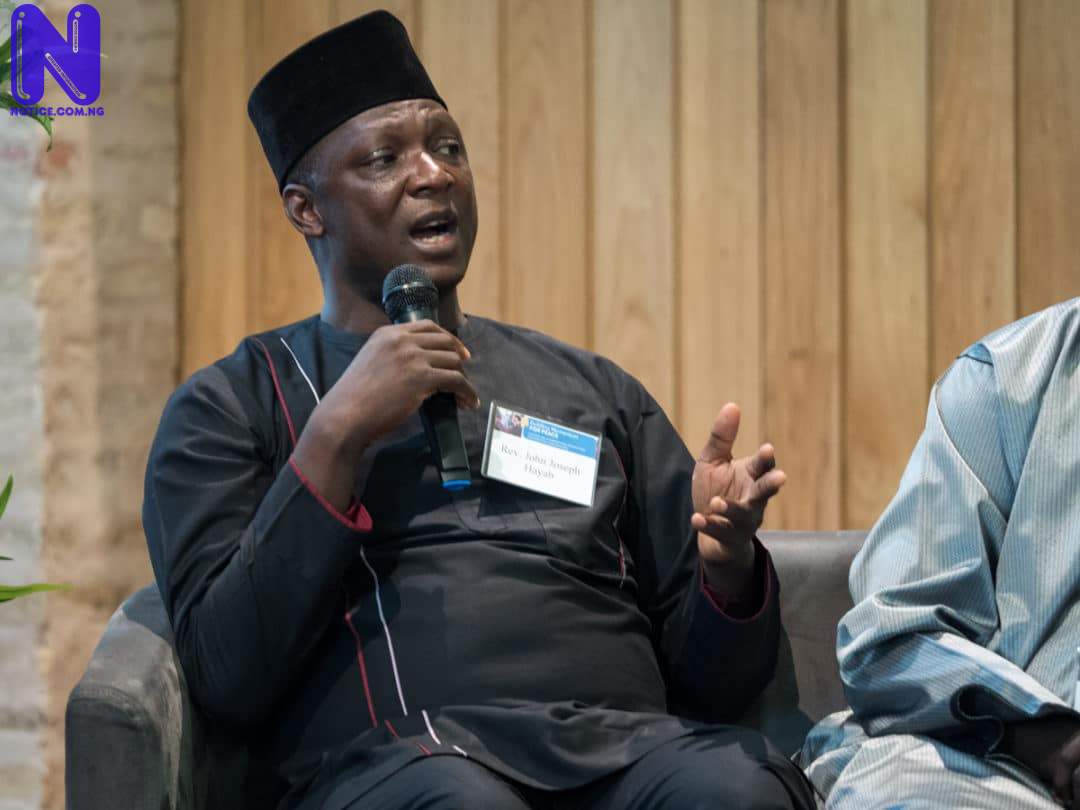 The Kaduna State chairman, Christian Association of Nigeria (CAN), Rev. John Joseph Hayab has refuted reports that no ransom was paid for the release of the abducted students of Bethel Baptist High school, Damishi, Kaduna.

In a statement he personally issued on Sunday in Kaduna, Hayab said a media platform had claimed to have interviewed an unnamed parent, quoted the parent, alleging that he ( Rev. Hayab) said no ransom was paid when he was interviewed by Liberty radio, Kaduna.

Rev. Hayab emphasized, “My attention has been drawn to a report that said no ransom was paid for the release of the abducted students of Bethel Baptist High School, Damishi, Kaduna.”

Rev. Hayab reiterated, “I wish to state that the allegation is not true as I did not make such a statement in my interview with the radio station.”

He added, “I never said the money was not paid, let them go and listen to the story very well.

“We are simply saying that we cannot talk about the amount paid now until the children are released.

“Everybody in Nigeria knows that I have been saying that money was paid. So the statement they are attributing to be is false!”

He said he suspects the report may have been sponsored by people who do not wish them well and want to cause friction among them and their parents.

“In my interviews with Arise TV, Ait, and all other media platforms, I said the money was paid, so how could I have said that no ransom was paid?”, he asked.

He explained that right now, they are even soliciting money because the bandits are asking for more money, saying that there is no truth in that report.

The state CAN chairman said they are not disturbed by such falsehood because their concern is for the real parents, not the fake parents that they claimed to have interviewed.

“The real parents will not say that because they know what we are doing, they know the efforts we are making to ensure the release of the students and are standing by our commitment to ensure their release,” he explained.

“Anybody who will go and plan stories in the newspaper and claimed that it is a parent, we leave him with that parent. The real parents know that share in their grief and we are working with them,” he emphasized.