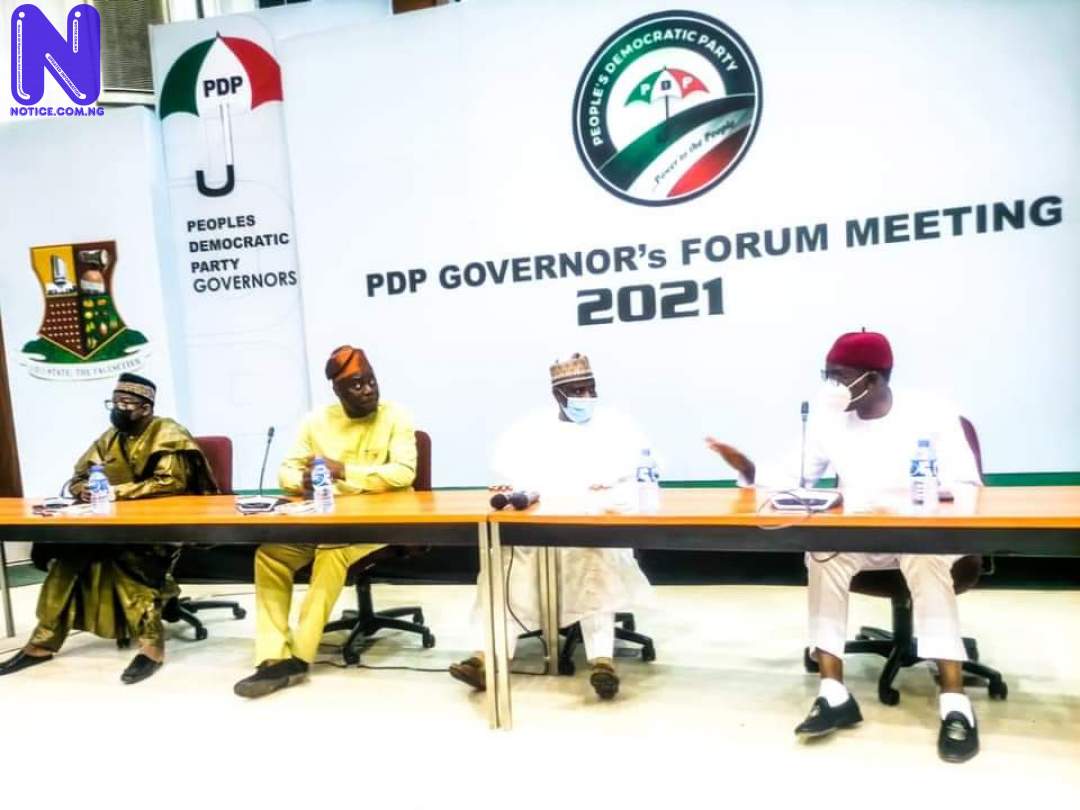 This was contained in their communique after a meeting on Monday in Ibadan, Oyo State.

The parley reviewed the state of the nation, steps to advance the conversation on the worsening security situation and the economy.

The governors advised Buhari to immediately send an Executive Bill to the National Assembly to amend the constitution to devolve more powers to states.

They said this would help states work out modalities for proper policing and also help to improve general security architecture.

“Mr President should summon an immediate meeting of the Nigerian Police Council, which comprises Mr President and all State Governors and other critical stakeholders to evolve and implement strategies to combat the present threats to our union, especially with respect to policing”, the communique read.

The meeting agreed that the Police remains the appropriate institution to secure democracy and should not be subjected to personal attacks.

The governors demanded that welfare, training, equipment, funding of all security agencies be given priority.

The PDP stalwarts also called for the restructuring of Nigeria federation to devolve more functions to states, and reform civil institutions for efficiency and equity.

The meeting enjoined Nigerian People to work together to achieve peace and harmony with one another, devoid of discrimination based on ethnicity, religion and other cleavages.

The governors charged “the incompetent and rudderless APC Government” to take bold steps to de-escalate and lower tensions, and concentrate on projects and policies that will promote national cohesion.

The meeting reiterated the call on the National Assembly to expedite action on the passage of the Electoral Act to free and fair elections, including provisions for electronic accreditation and electronic transmission of votes.