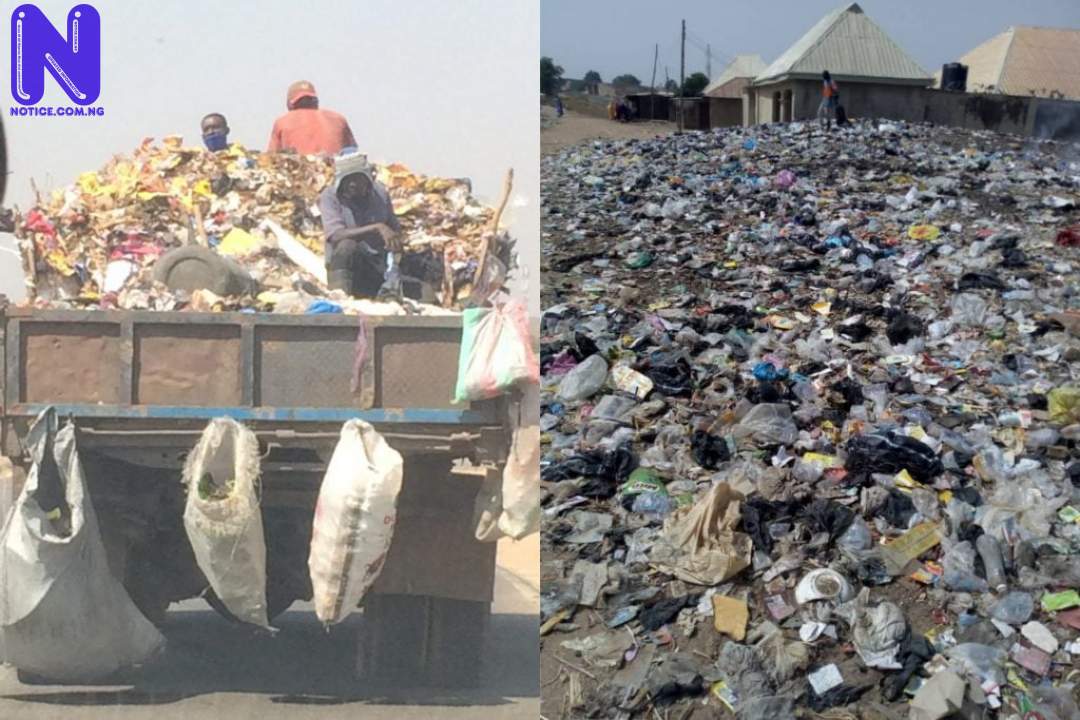 Residents of Niger State have berated the state government over the default in payment to contractors handling the collection of wastes and provision of waste management trucks.

Some of them complained that the development has resulted in an increase in indiscriminate dumping of refuse in the major towns of the state while lamenting that dumping refuse indiscriminately poses threat to the lives of residents.

They expressed concern that during the rainy season, the garbage could result in water pollution, drainage blocking, flooding, land pollution, and infrastructural degradation.

Checks revealed that roadsides, streets, and markets in major towns have been turned into refuse dump sites since the Niger State Environmental Protection Agency (NSEPA) officials have failed to carry out their responsibility.

The refuse are left for days without being collected, leading to more refuse dumped in different areas apart from the designated places in parts of the state.

Ismaila Muhammad, a resident of Suleja, explained that it is wrong to dump garbage on roads, and even if they are dumped, appropriate authorities should be made to clear them as it can affect the health of the people.

Another resident, Michael Monday, explained that the wastes have been left uncleared for some months while efforts to get the relevant authority have failed to yield any result.

“They left the garbage here because they are not living here or doing business here. We are begging the government to come and clear it for us," he pleaded.

Mohammed Dangana, whose shop faces the dump site at the Kure ultramodern market, Minna, said traders in the market have complained to the relevant authority, yet nothing has been done.

The development in the Minna market as it was gathered has angered customers, who stated that they would no longer pay the toll gate fees to enter the market until the government acts on the situation.

Also, in a television interview monitored by our correspondent, the General Manager of the NSEPA, Habib Abdulkadir hinged the development on the lack of funding by the state government.

He also told viewers that residents of the state have refused to pay for waste collection and there is no finance from the government to continue funding waste management.

“The government has arrived at a point of lack of finances in the area of funding of waste management in the state. The government tries its best but the population keeps increasing and the cities are also increasing. It has come to a point that there is no other alternative than for the people to pay for their waste bills,” he stated.

Speaking, the officer in charge of waste management in NSEPA, Mohammed Isa Kutigi explained that due to a dearth of funds, the agency has not been able to pay the contractors for about three months which led to the withdrawal of their services.

According to him, “the contractors cannot work because they are not paid. We have 11 trucks in Sulejal Kontagora, we have six trucks; Bida, we have three and only five trucks in Minna and it can’t take care of only the Tunga side. We have a lot of challenges. The government needs to intervene to provide a lot of trucks so that we can address this."

Recall in June, the Niger State Commissioner for Environment and Forestry, Dr Daniel Habila Galadima said the Ministry had embarked on refuse collection and disposal within major cities across the state, including Minna, the state capital.

He explained that this follows the directive from the state government to clear all the dump sites in the state but as of the time of filing this report, the situation has not changed.


WATCH >>> Nollywood Movie: To All The Broken Heart