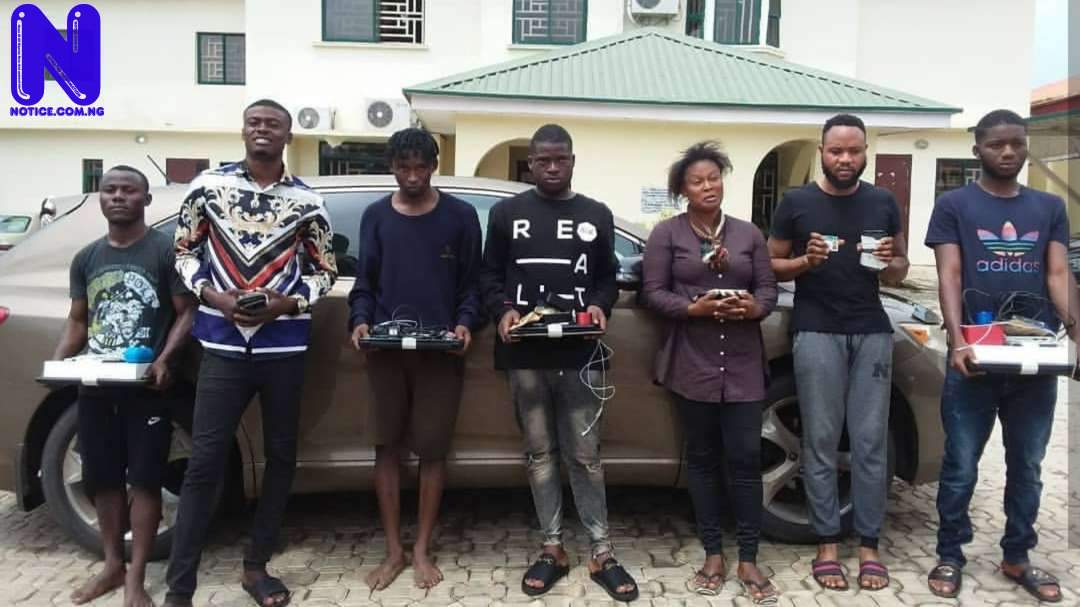 The suspects, which include, six males and one female were arrested sequel to an intelligence report received by the Commission, spokesman Tony Orilade said.

EFCC said an identity card of a Special Assistant to a House of Representatives’ member (bearing Eromoseze Sylvester) was found during the raid.

“They attempted hiding some of the items in the microwave, toilet water closet and bathroom sink,” he said.

The suspects would soon be charged to court”, the statement added.