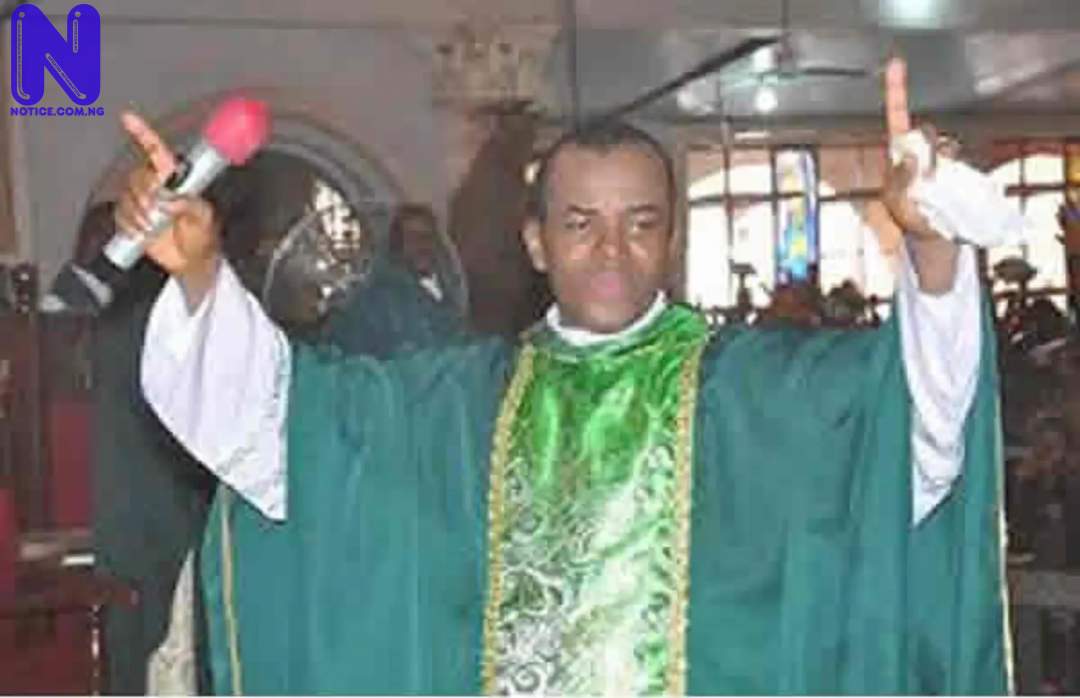 Reverend Father Ejike Mbaka’s parishioners have challenged the presidency to reply the cleric’s comments on President Muhammadu Buhari and the insecurity in Nigeria.

They said the accusation of contract request against Mbaka does not hold water and has nothing to do with the matters raised.

In a joint statement by Chris Aniagu, Hillary Ugonna, Ugwu Victoria, among others, they said Nigerian People were not new to claims against Mbaka from the corridors of powers.

“If it were indeed true why didn’t his accusers raise it before now? Need they wait till now that he calls for the resignation of the presidency on account of insecurity in the country?” They said.

They recalled that when Mbaka, the Spiritual Director of Adoration Ministry, prophesied against President Goodluck Jonathan, he was accused of demanding an oil block.

“Assuming without conceding that the contract accusation against Fr Mbaka by the presidency were true, does this not implicate the Buhari government as ingrate and exposes the Presidency of its poor reward mechanism for its supporters?” They queried.

The statement stressed that the insecurity Mbaka is tasking the government to tackle is not only for the Igbo land but for the entire country.

The authors noted that it was laughable for the All Progressives Congress (APC) or anyone to threaten to report Mbaka to Pope.

“Is Fr Mbaka’s prophetic gifts a hidden thing to the same church that ordained him a priest, a prophet and a king? Absolutely not. Any such report will rather earn him a Vatican commendation,” they declared.

The group advised the Buhari administration to acknowledge that Nigeria is in a critical mess and that blackmailing Mbaka is not the solution.