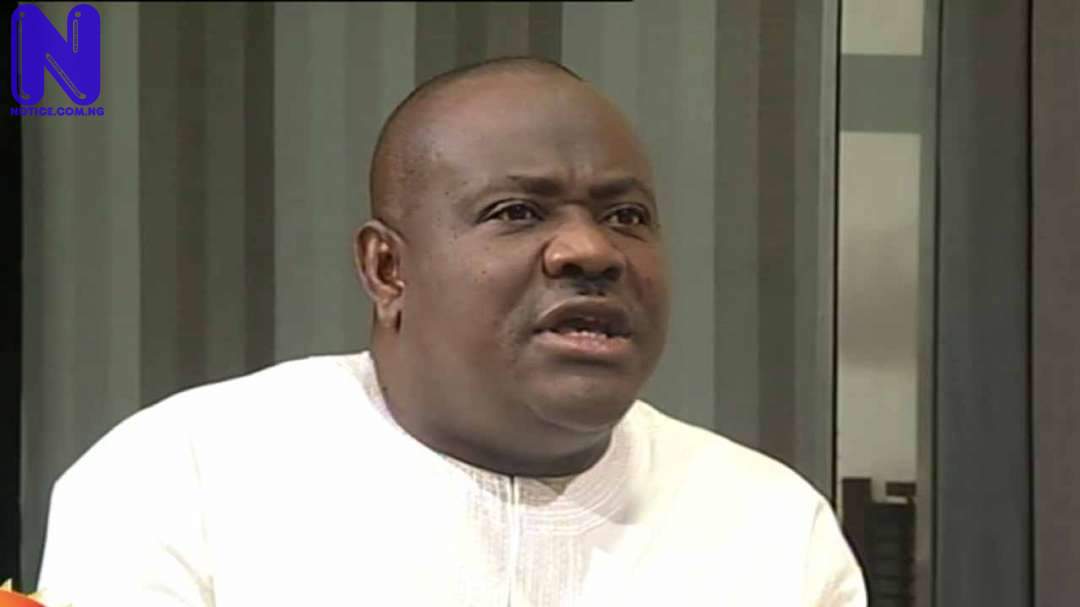 Rivers Governor, Nyesom Wike, has revealed that he congratulated President Muhammadu Buhari after the Presidential Election Petition Tribunal confirmed his election because he is not a hypocrite like other Governors.

Wike said it is better to offer public congratulations than visit the President at night.

Governor Wike said that unlike some Governors of the Peoples Democratic Party, PDP who visit President Muhammadu Buhari at night, he made his declaration public because it came from the heart.

Governor Wike said politics is a game of interest, noting that Rivers people in the All Progressives Congress are under obligation to attract Federal benefits to the state.

He said: ” I am sure all of you are surprised that I congratulated Buhari. Is it not good for me to congratulate him, than to go to his house in the night?”

“So many PDP Governors go to see him in his house in the night. I have never gone and I will not go. I won’t go.

“We are the only state that the Federal Government refused to pay us our money used to execute Federal projects because I don’t go to see him in the night and I won’t go. He is not my friend, he is not doing well, but he won in court, should I say that the court did wrong, no.

“Politics is a game of interest. And my only interest is Rivers State. Anything that is against the interest of Rivers State, I will not agree.

“These people sold us out, thinking that they are doing Governor Wike. It is the State that you are offending because I am just one person.

“We produce oil. They should not punish Rivers State because of me. I am just one individual. We have not benefited anything from the Federal Government. The only thing we have benefited is the abuse they heap on me.

“They turned the NDDC into a cash cow to sponsor elections against us. Nobody protested that anomaly. Now they want us to protest because someone did not nominate the management of NDDC this time.

“Since 2015, NDDC has not had its governing board, but nobody protested. I will not be dragged into such protests,” he said.

Comment by:TISAO - 2019-10-19 , 06:53:44am
These are actually impressive ideas in regarding blogging. You have touched some nice points here. Any way keep up wrinting. Wow! This blog looks just like my old one! It's on a totally different topic but it has pretty much the same layout and design. Outstanding choice of colors! I enjoy what you guys are up too. This kind of clever work and coverage! Keep up the fantastic works guys I've included you guys to my personal blogroll. http://foxnews.co.uk
like:0
dislike:0
relevance:0