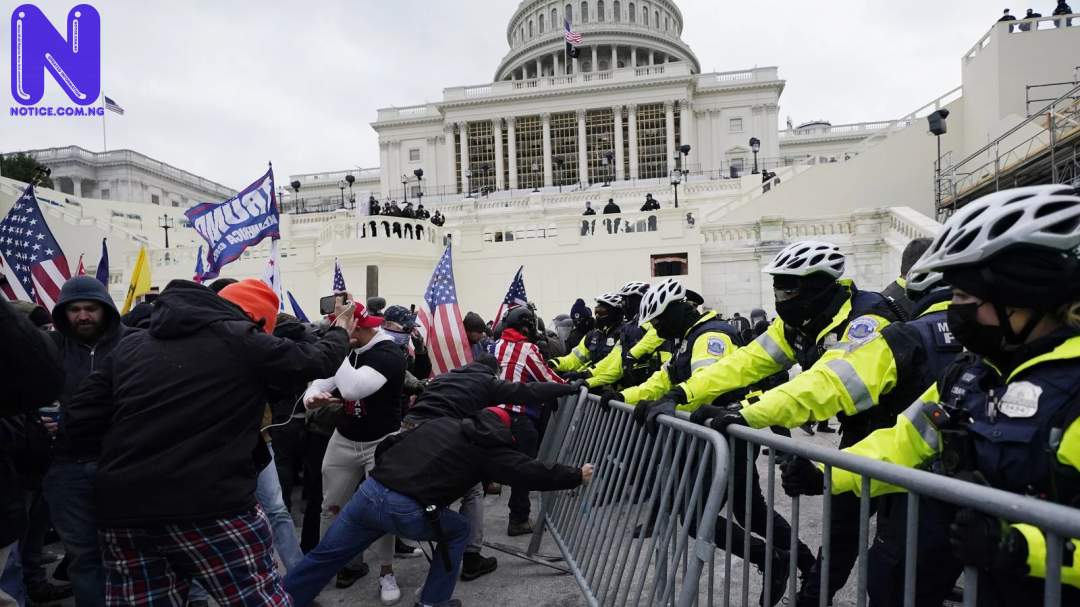 A 20-year-old Washington area man, Emanuel Jackson, has opened up on the real reason he joined the mob that attacked the US Capitol on January 6, 2021.
Jackson, awaiting trial in a Federal court on assault charges, is seeking to pin the blame of his assault on Capitol Hill on Donald Trump.
Jackson was among a number of persons arrested after the attack and in his legal defence, he cited Trump’s remarks at a “Stop the Steal” rally shortly before the Capitol siege.
Ex-President Donald Trump, as he was accused, had incited his supporters to attack the Capitol in a bid to stop the certification of Joe Biden as the winner of the Nov 3, 2020 election.
Some of Trump’s words were, “fight like hell. “We will not take it anymore” as he repeated his false claims that the election was marred with fraud.
The 20-year-old was caught on video using a metal bat to strike the protective shields wielded by police officers as they tried to fend off the rioters.
His lawyer, Brandi Harden, wrote in a Jan. 22 court filing that “the nature and circumstances of this offence must be viewed through the lens of an event inspired by the President of the United States.”
The Capitol siege, Harden added, “appears to have been spontaneous and sparked by the statements made during the ‘Stop the Steal’ rally.”
The lawyer argued that Jackson should be released while awaiting trial but the judge denied the request.
170 people were charged in connection with the Capitol attack and at least six have tried to shift some of the blame onto Trump.