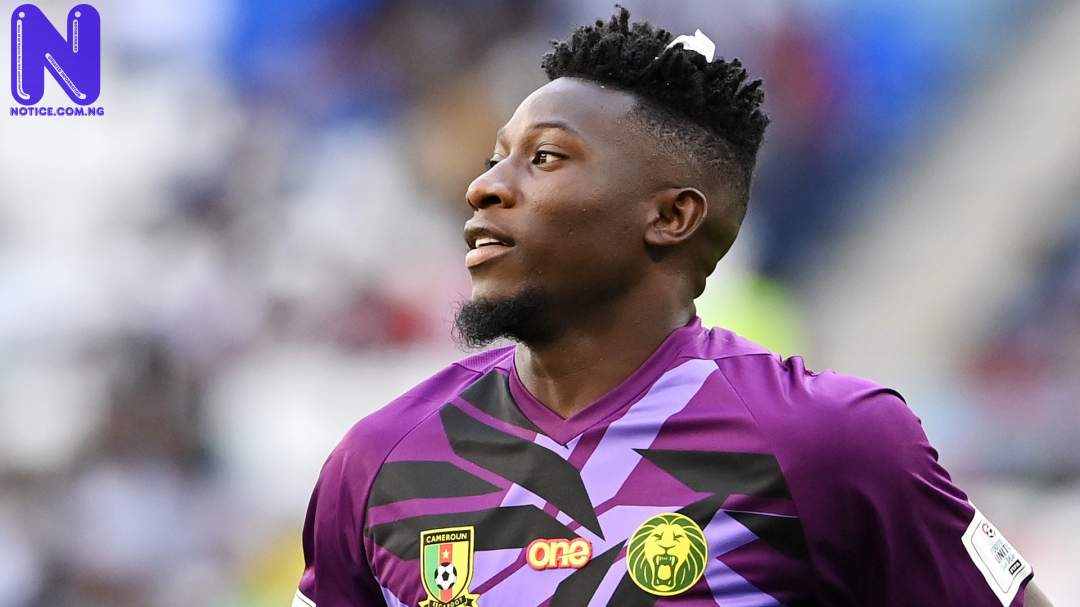 Cameroon boss Rigobert Song has suggested that indiscipline made goalkeeper Andre Onana leave the team’s squad before their World Cup 3-3 draw against Serbia on Monday.

According to Song, Onana could not adapt to his instructions prior to the Serbia clash.

Song had fallen out with Onana before Cameroon’s tie with Serbia, which prompted the Inter Milan goalkeeper to fly home and leave the World Cup early.

Onana, who is Cameroon’s number one, was surprisingly not listed in their squad for their 3-3 draw with Serbia, with Devis Epassy replacing him in the starting XI.

It earlier emerged that Onana was no longer in Qatar and had left Cameroon’s camp after a disagreement with Song.

Speaking after the draw with Serbia, Song said at his post-match press conference: “The goalkeeper position is very important.

“We are in a difficult tournament and I know what I have to do, which is to make sure that the team is above any individual. Onana wanted to be left out and we accepted it.

“There are 26 players in this team working for this competition together and we want to show that spirit of discipline and respect. We are here to prove it. He’s a great goalkeeper, but we focus on the team.

“You have to adapt to the discipline of the team. If you can’t do it, if you can’t adapt to what we ask of this team, I think it is necessary to step aside and take responsibility.

“The team is more important than the individuals. I accept responsibility for the decision”

READ ALSO >>> Most Affordable Cars For Uber Business In Ghana