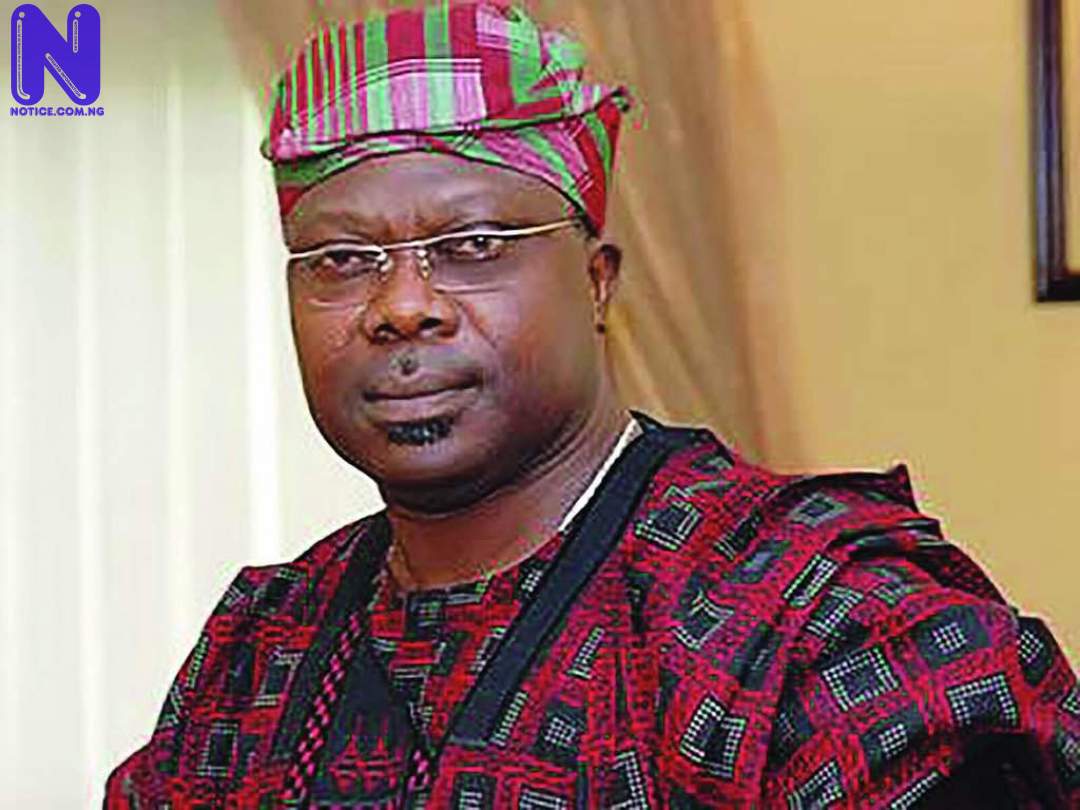 There is uproar in the Osun State chapter of the All Progressives Congress, APC, following the registration of Senator Iyiola Omisore as a member of the party.
Omisore contested against Governor Gboyega Oyetola during the 2018 governorship election, under the Social Democratic Party (SDP), in Osun State.
Omisore has, in spite of that, been reported to be fraternising with Oyetola, after the second ballot that upheld him as the elected governor of the state.
Press gathered that Governor Oyetola’s relationship with Omisore did not go down well with some leaders of the party in Osun State.
A member of the APC who craved anonymity said, Oyetola adopted Omisore through Governor Kayode Fayemi and this did not go well with some leaders, especially those in the camp of the National Leader of the APC, Ahmed Tinubu.
However, the Nigeria Minister of Interior, Rauf Aregbesola after his revalidation with APC, on Friday, said the constitution allows suspects, murderers and character assassinators to register as a member of any party.
The Interior Minister made this assertion on his Twitter handle after he revalidated his member with APC on Friday, at Ifofin, Ward 8, Ilesa East Local Government, Ilesa, Osun State.
He said, “This registration affords us the opportunity to deepen internal democracy in our party. Our members now have a say in whoever becomes a flag bearer either at the party level or in government.
“Though the constitution allows everyone to register as a member of any political party, even if they are suspects, murderers, character assassinators etc, but those who constitute the majority of the party membership must represent the core values of the party.”
“What distinguishes us in APC are the values we hold. We value social democracy, to a large extent liberal democracy and progressivism.
“There must be a clear distinction between jolly good fellows and fair-weather friends who will still leave our party when they sense a better opportunity elsewhere. In associating with individuals, who you are, your character and world view must come to play.”
Meanwhile, Kolapo Alimi, a Ex-Commissioner for Local Government in Osun State and a loyalist to the Ex-governor, Aregbesola, while speaking with Press asked the party to check the background and character of everyone coming forward to represent the party.
Alimi who is now a legislative aide to the Speaker, House of Representatives, said, “In a political party, there is free entering and free exist. You can’t stop anybody to register but in this case, you have to know the background of those we will be electing at the appropriate time. But on the character of everybody, the party should be vigilant as to know who and who to pick when it is time to pick candidates.
“We should check the background and character of everyone we put forward to represent the party.