Rashford, Maguire clash, call each other out during 0-0 draw - Crystal Palace versus Man Utd 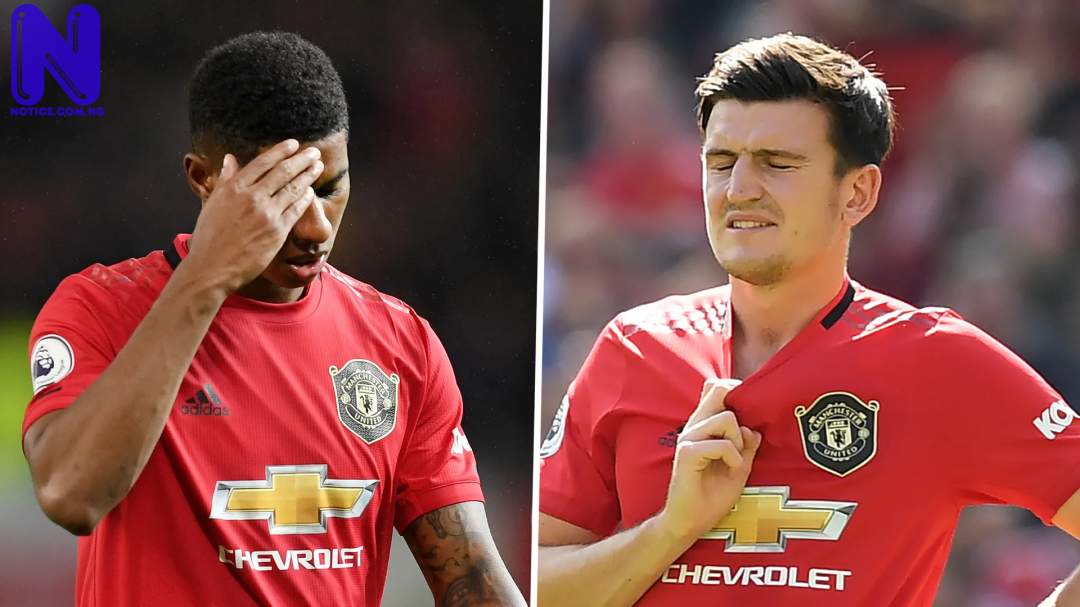 Manchester United forward, Marcus Rashford, told Harry Maguire to “shut up” as emotions got the better of them, during the 0-0 draw with Crystal Palace on Wednesday.
Ole Gunnar Solskjaer’s men put up a laboured performance as they dropped points at Selhurst Park.
The result means the Red Devils are now 14 points behind Premier League leaders Manchester City.
Tensions between United’s players were evident during the second half, as they struggled to create clear-cut chances against Palace.
And in the 69th minute, Rashford lost his temper with Maguire after the United captain criticised him for failing to stay onside during an attacking move.
Maguire, who had headed the ball forward, told Rashford to “f***ing stay onside”.
Rashford snapped back at Maguire with: “Shut the f*** up, f***ing nobhead.”