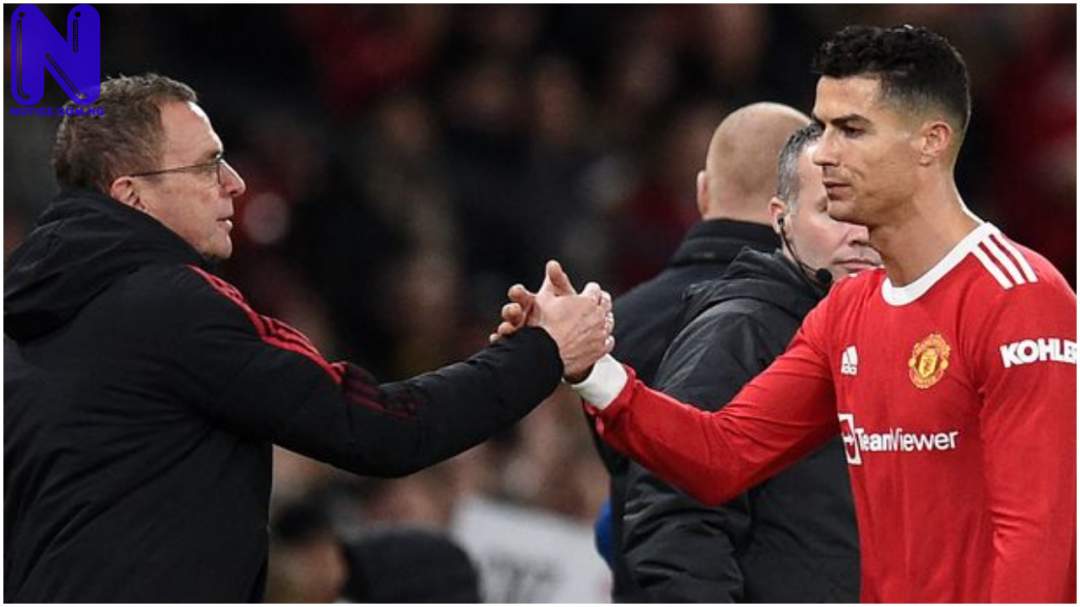 Manchester United boss, Ralf Rangnick, has decided that Harry Maguire will remain as the club’s captain despite calls for Cristiano Ronaldo to take the armband after his rousing comments this week.

Ronaldo had called on his Man United teammates to raise their game and secure a top-three finish in an interview with Sky Sports.

The Portugal captain also suggested that the club’s younger players are struggling to accept criticism behind the scenes.

Speaking on the development ahead of Man United’s Premier League clash with Aston Villa on Saturday evening, Rangnick said at his pre-match press conference as quoted by MEN: “Right now, I don’t see a reason to do that because Harry has been the captain so far and as long as Harry is playing he will be the captain,’ the United interim boss said.

“And if he’s not playing then someone else will have to be the captain. This can change from game to game just depending on who is playing.

“It’s not only Cristiano we have. Edinson [Cavani], we have. Harry, we have quite a few other older players, David de Gea in goal, Victor Lindelof, Bruno [Fernandes].

“We have enough experienced older players who can not only be role models themselves in training, on the pitch and in games, but also in all those conversations that happen in the locker room or when they are together in the hotel for away games or home games, this has to happen.

“In a team, in a united team that happens automatically and I can only invite and challenge and tell all the players, also the older players, to do that on a regular basis because that helps even more so in a team that we have currently.”