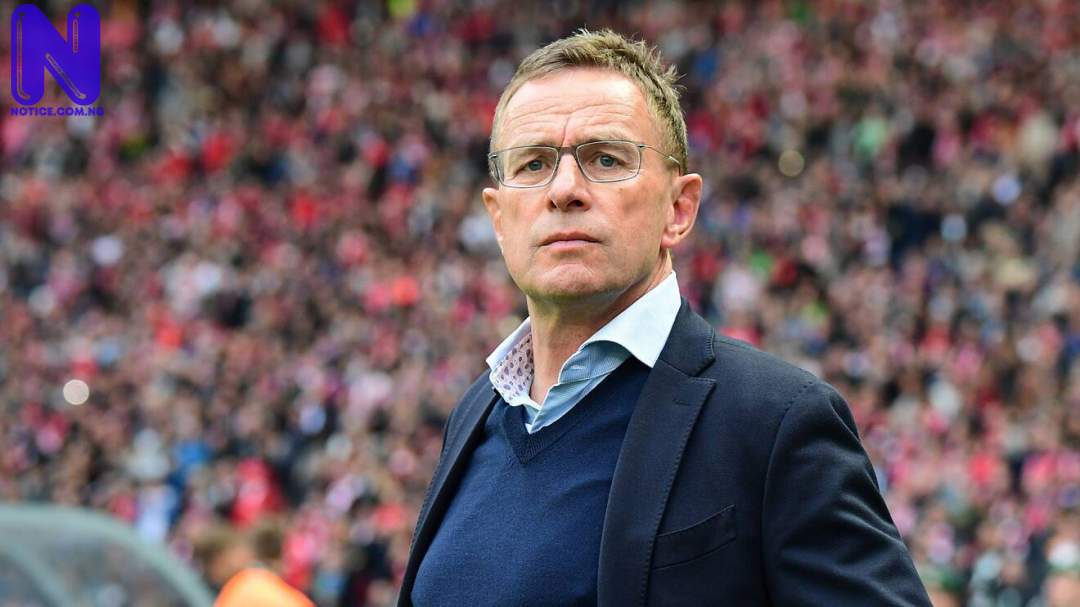 Rangnick, who gave his first press conference as Man United boss on Friday, said the Red Devils must improve on what they will do as a team when they have the ball and when the opponent has it.

The German stated this ahead of Man United's Premier League tie with Crystal Palace on Sunday.

"I saw the games against Liverpool and Manchester City, at Chelsea even though we won a point there, and even against teams like Watford, the team didn't have control.

"They didn't have control over the game, and this is something we will try to achieve.

"Of course, this has to do with what do we do when we have the ball ourselves, and what are we going to do when the other team has the ball. In those two areas, I think it's important to develop the team in the next couple of weeks," Rangnick was quoted by Man United's official website as saying.

Man United currently sit in the 7th position on the Premier League table with 21 points from 14 matches.