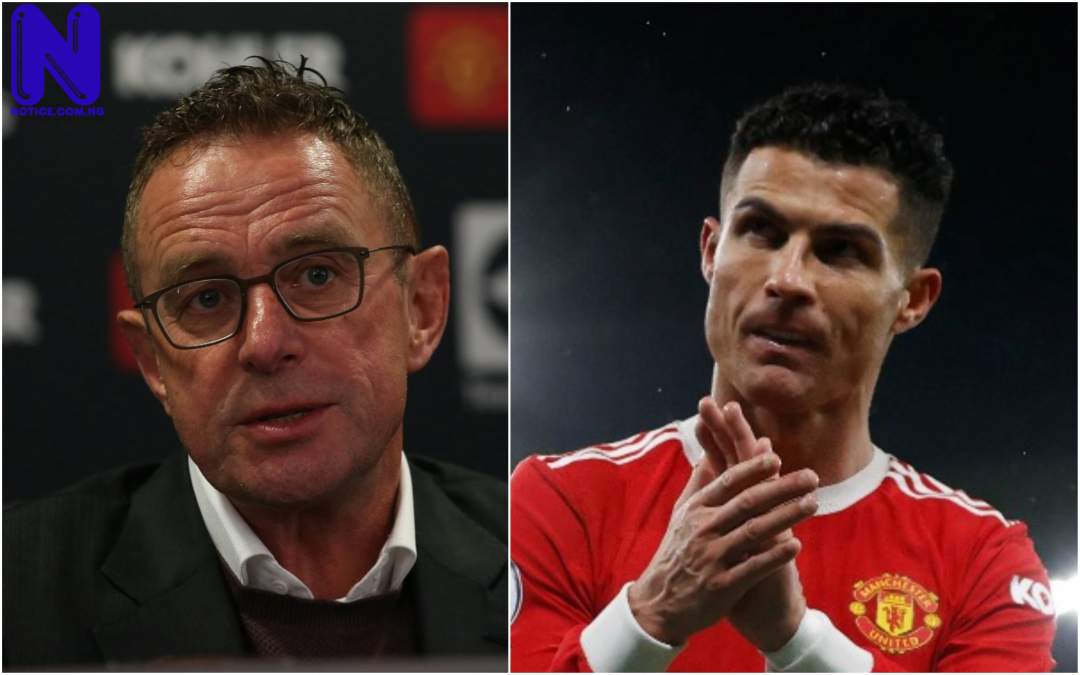 Manchester United forward, Cristiano Ronaldo has said interim boss, Ralf Rangnick has changed a lot of things at the club but needs time to implement his ideas.

Since the German took over, he has managed four wins from seven matches and United’s football has left much to be desired.

Ronaldo has scored twice since Rangnick’s arrival and in an interview with Sky Sports, the 36-year-old called for Rangnick to be given patience.

“Since he arrived five weeks ago he has changed many things. But he needs time to put his ideas across to the players.

“It takes time but I believe that he is going to do a good job. We know we aren’t playing the best football but we have many games to improve.

“Since he arrived, I think in some points, we are better, but he needs time. It’s not that easy to change the mentality of players and the way they play, the culture, the system like that. I believe that he is going to do a good job,” Ronaldo said.