Rainstorm destroys property worth millions of naira in Plateau community 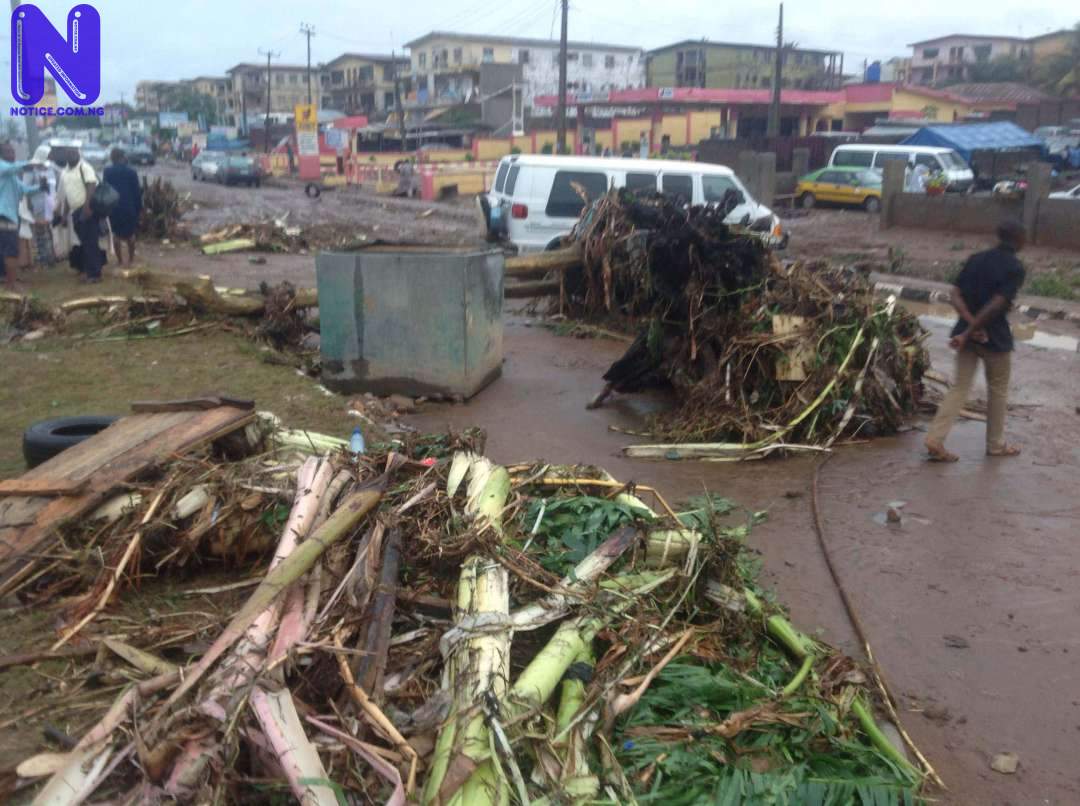 While the country and the entire world are worryabout the coronavirus pandemic, property worth millions of naira were destroyed, Monday, when some parts of Plateau State recorded their first rainfall of the year.

The rainstorm, which started around noon that fateful day was accompanied by a heavy windstorm that blew off rooftops of over fifty houses and rendered many families homeless.

The unfortunate incident, which occurred in Jibam District and environs of Pankshin LGA headquarters of Plateau Central Senatorial Zone of the state, has thrown the inhabitants into confusion and panic as most of the affected persons are stranded.

Narrating the incident to Notice.Com.Ng in Jos, a resident of Jibam village, Samnaan Pebhilip, lamented that the storm wrecked unimaginable havoc on the community.

DO YOU KNOW >>> Another fire disaster averted in Lagos

According to Pebhilip, who operates a block industry in the village, said: “most of us have lost property worth millions of Naira and the general mood in the community is one of despair and confusion because as the wet season sets in, our seedlings have been completed destroyed in the rainstorm.”

However, when Notice.Com.Ng contacted the Plateau State Emergency Management Agency, SEMA, on what the agency is doing to ameliorate the sufferings of the affected persons, a Senior official of the agency who would not want her name in print said: “We are yet to receive an official report to that effect.”

She added that when the agency receives official communication regarding the incident, it “will send a team of professionals to go and assess the situation” with the view to providing palliative to those affected.

On how soon the “palliative” from the government be made available to the affected persons, the official lamented that the measures may take a while because, As stated by her, the “agency has been operating without a head (Executive Secretary) since the tenure of the Ex-Executive Secretary elapsed more than two years ago.”