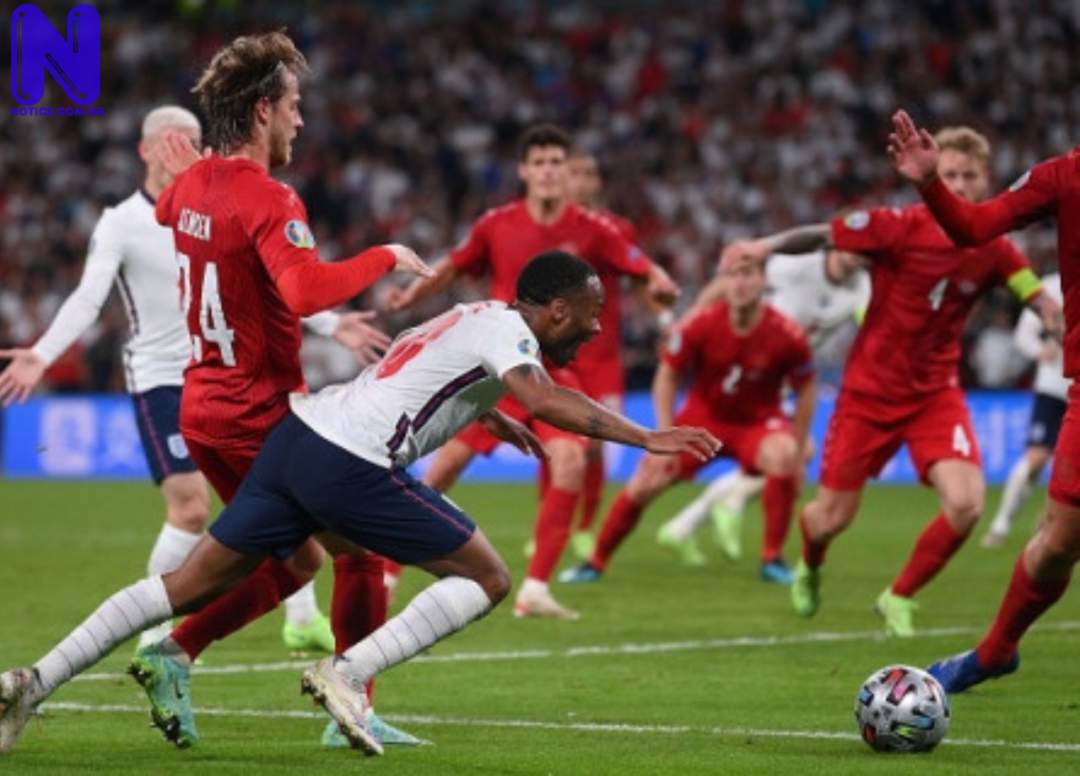 Manchester City forward, Raheem Sterling has opened up on the controversial spot-kick awarded England during their semi-final clash with Denmark on Wednesday night.

The England forward insisted he was clipped by Denmark’s Jannik Vestergaard in the penalty incident that saw Gareth Southgate’s side book their place in the Euro 2020 final.

The Three Lions will now face Italy on Sunday. Italy defeated Spain in a penalty shootout to book their place in the final.

With the contest poised at 1-1 after 90 minutes, Vestergaard was judged to have brought down Sterling after his jinking run inside the box with referee Danny Makkelie pointing to the spot.

England captain, Harry Kane saw his spot-kick saved by Denmark goalkeeper, Kasper Schmeichel but the striker fired in the rebound and sealed the win for his side.

Asked if it was a ‘definite' penalty, Sterling told ITV: “Yeah, I went into the box, he stuck the right leg out and he touched my legs so it was a clear penalty.

“It was a top performance, we had to dig deep, it was the first time we conceded in the tournament but we recovered well, showed good team spirit to come back and win,” Sterling added.