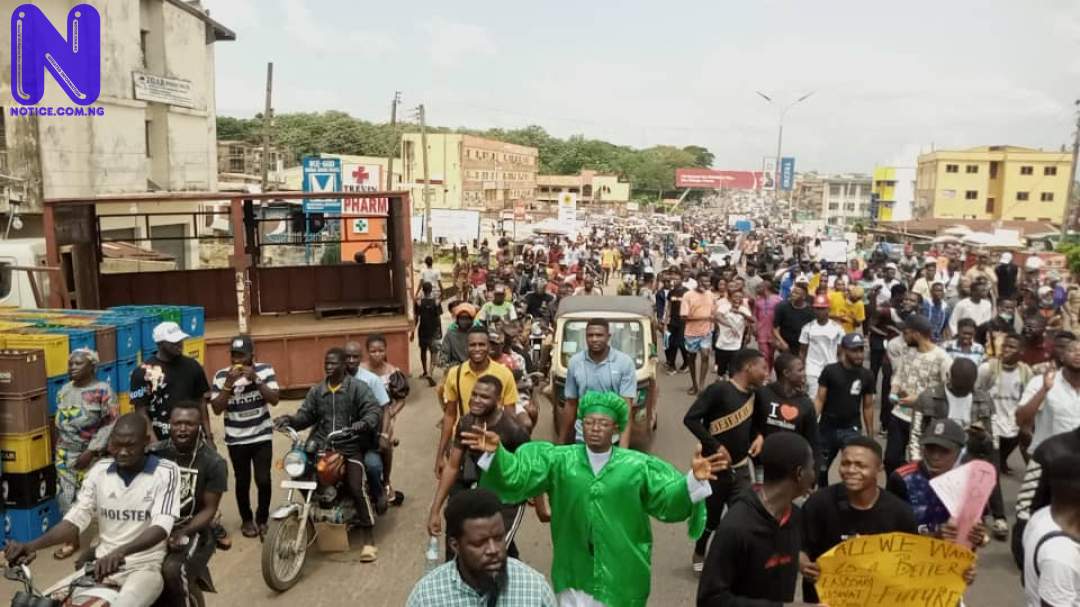 Hundreds of youths, on Thursday, took over major streets of Ibadan, the Oyo State capital, demanding for the total scrapping of the Special Anti-Robbery Squad (SARS) and the Special Weapons and Tactics Team (SWAT).
Press correspondent reports that the protest started around 9 am at the Trans Amusement park in Ibadan.
The protesters later moved from there to other areas of the State capital.
Among the areas taken over by the protesters are Mokola, Sango, Secretariat Road and Bodija.
The protesters demanded an end to the two special police teams.
One of the protesters, Mr. Azeez Kareem-Ojo told Press that the movement was peaceful.
Kareem-Ojo added that the protests across the country were for the government to understand the plight of the masses.
He said, “It was peaceful. The agitations are clear enough for the government to understand”.
President, Students Union, University of Ibadan, Olusegun Akeju who led some of the protesters, told Press that it continued because the youth were tired of the situation in the country.
“The protest continued today because the youth are tired. We don’t believe any of their promises. We are still sending out the message that police brutality must be ended in Nigeria.
‘We are protesting the systemic failure in the country,” he stated.