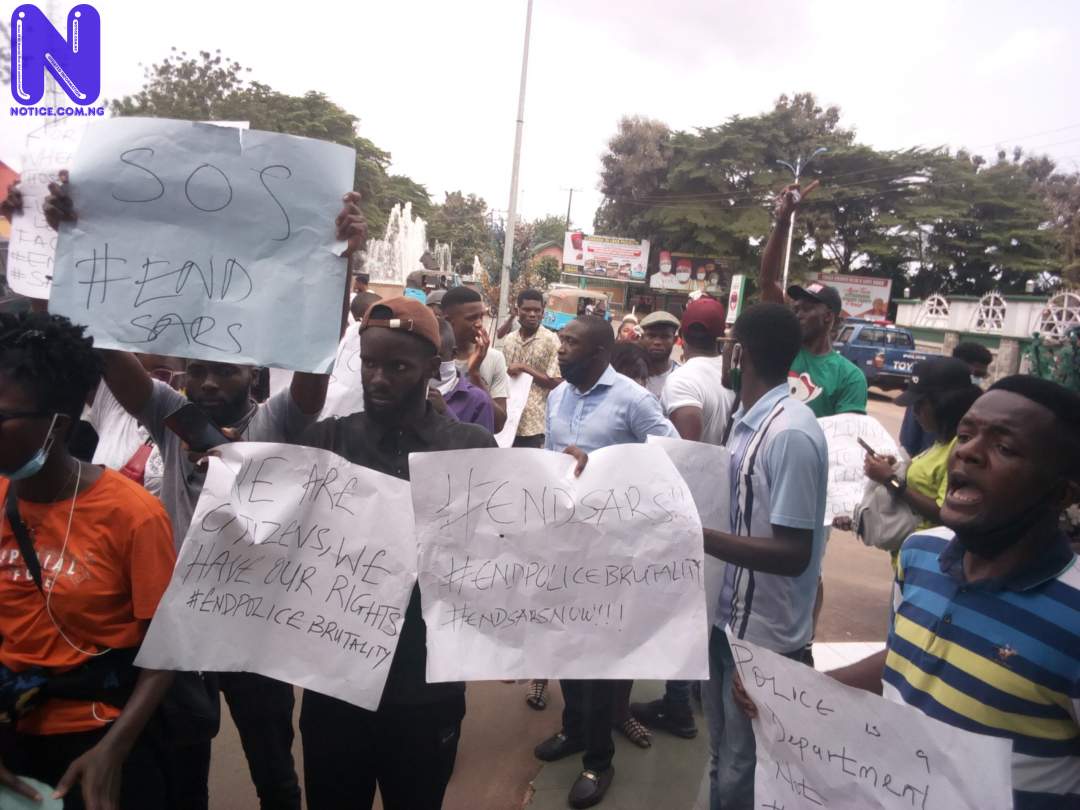 “Enough is enough we want all those who have been found guilty of one crime or the other to be scrapped from the police force entirely. We want Ebonyi government to assure us, the police in the state must be one of the best in Nigeria.
“If you carry an iPhone they call you a criminal, if you wear jeans they tag you a criminal, you wear fine sneakers they tag you a criminal, we want to speak with the governor or the deputy governor we elected and they are the only two people we can listen to.
“No one can work freely in this state, if they catch you and search you and found nothing in you, I no follow N10,000.00, N50.000.00, and Neighborhood watch members now connive with the police to arrest us and tag us wonderers.
“Nobody can work in the night again not for the fear of arm robbers but the fear of the police, it is wrong. Our demand is that we want a better state and Nigeria. We want Justice for the victims that have been killed we don’t want their redeployment”, the youths said.
Meanwhile, the Commissioner of Internal Security and Border Peace Mr. Stanley Okoro Emeagha who addressed the protesters commended President Mohammadu Buhari for ordering the Inspector General of Police, IGP, to scrap SARS.
He said: “It was a welcomed development that the IGP scrapped SARS on the instructions of the President.
“They were not sacked rather a name was cleaned up and then there is going to be a reform to clear complains from the masses against the police. I want us to know that society can not leave without security.
“We are talking about the areas they don’t do well because we know they are doing wonderfully well to give us protection, is only a few that are not doing well.
“The Neighborhood watch that I trained was to give security to the citizens of the state and not to brutalize them. I have never had a call that there is brutality from the aspect of neighbourhood watch and if there is such, we have a way to handle them through our disciplinary committee.