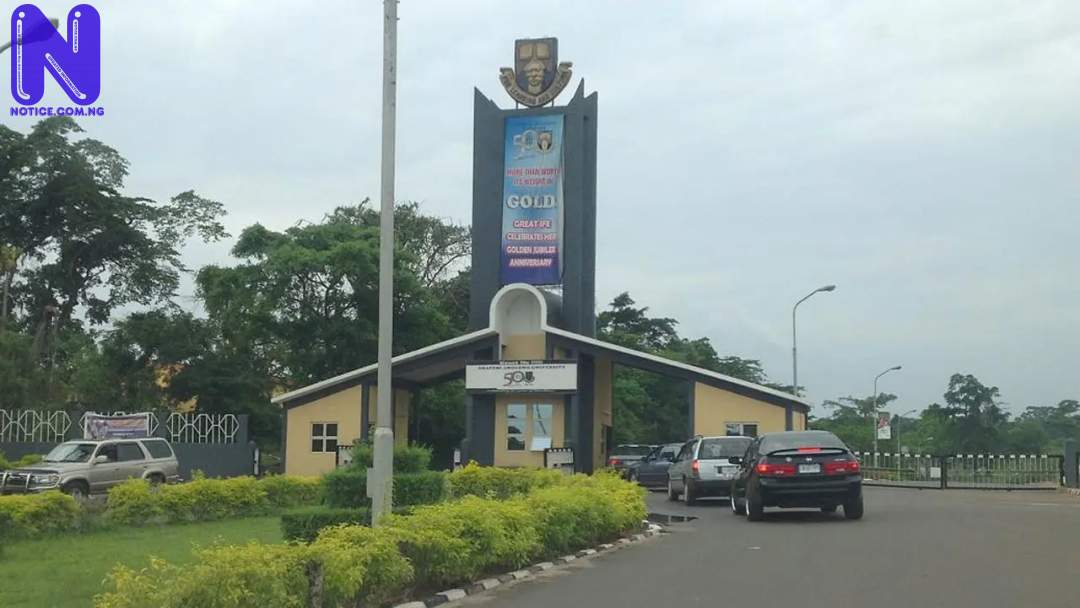 Protest rocked Obafemi Awolowo University (OAU), Ile-Ife, on Wednesday, as members of the Senior Staff Association of Nigerian Universities (SSANU) and Non-Academic Staff Union (NASU), of the institution, kicked against non-payment of their allowances.
The members of the unions shut down the main gate and other entrances of the institution around 10 a.m., chanting anti-management songs.
The protesters later shut other gates leading to the school before barricading the staff quarters.
The NASU Chairman, Comrade Wole Adewumi, speaking with journalists, noted that the management of OAU was yet to disburse the fund released by the Federal Government to institutions in the Southwest.
But reacting, the Public Relations Officer of the institution, Abiodun Olarewaju, said the fight should not be against the school management, describing the action of shutting school gates as unfortunate.
“It is unfortunate that the gates leading to the campus were closed. The fight should not be against the management of the school because what brought about the strike was the fund released by the Federal Government as an allowance to the three unions, which was disputed.
“But the management met with the three unions and advised them to reach an agreement. This is why the fight should not be against the administration of the school.
“However, some of the gates have been reopened. The leaders of the union are in Abuja meeting over the matter. It’s a family issue. I assure you that the matter will be resolved,” he said.