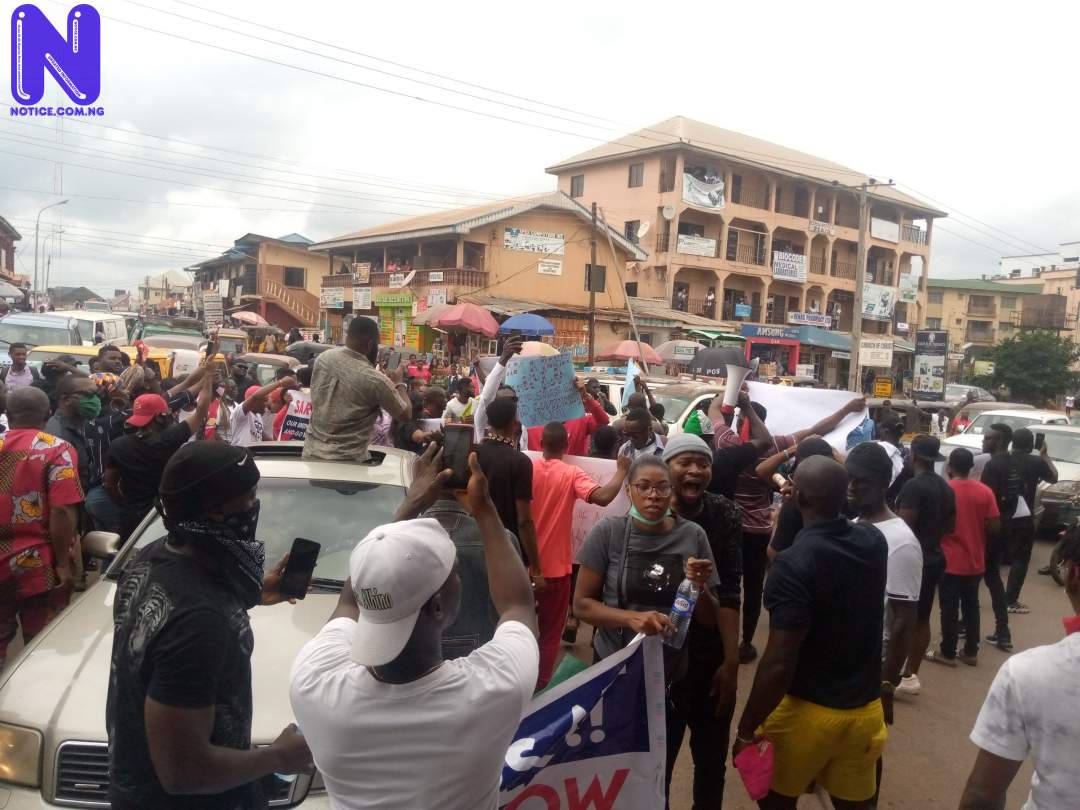 The Osun State Government has lamented that the ongoing #EndSARS protest has been hijacked by some hoodlums.
The Secretary to the State government, Prince Wole Oyebamiji, in a statement on Wednesday evening disclosed that some elements with ulterior motives and evil intentions had infiltrated the ranks of peaceful protesters of the State.
He said that the government was shocked to find out that the #EndSARS protest in the State had been hijacked by some criminal elements.
According to him, on Wednesday, some hoodlums shot into the air several times at the gate of the State Secretariat and held workers hostage for hours.
He alleged that some of them drove dangerously through the State capital in unmarked cars.
He said, “Peaceful protest is a fundamental human right of citizens in a democracy, and Governor Gboyega Oyetola’s administration totally supports any expression that does not hurt the people or jeopardize the peace of the State.
“Unfortunately, elements with ulterior motives and evil intentions have infiltrated the ranks of peaceful protesters of the State.
“We hereby appeal to parents and guardians to keep an eye on their children and wards.”
“We do not want these armed people with criminal intent harming the peaceful protesters in the State.
“The government has a responsibility to protect its citizens, and would not fold its hands while hoodlums take over the streets of Osun,” he said.