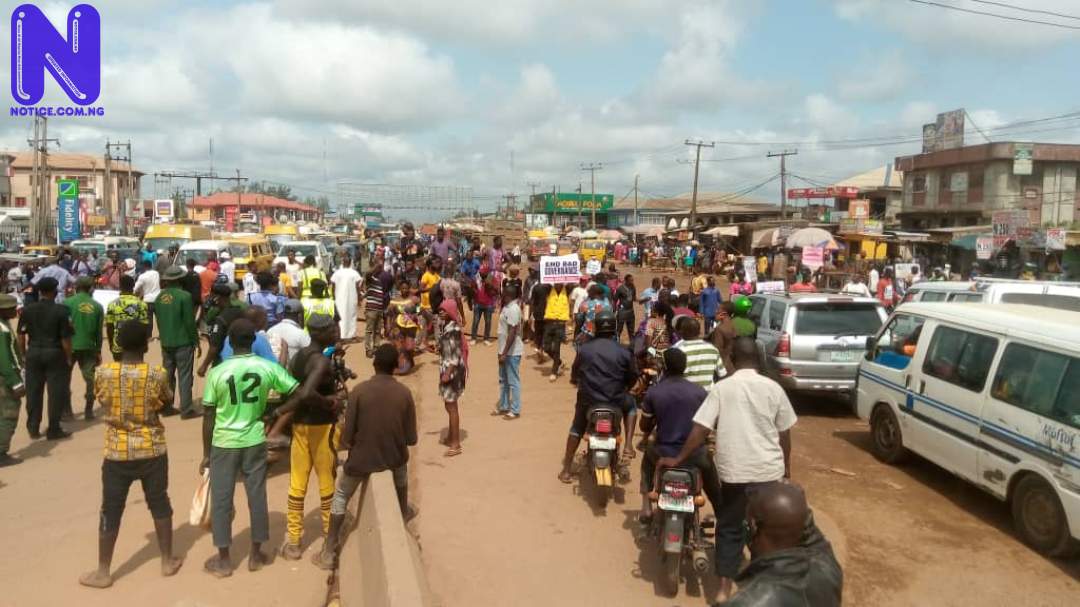 The End SARS campaign appears to have taken a new shape in Ogun State as residents of Ota, in Ado-Odo/Ota Local Government Area have called on Governor Dapo Abiodun, Senators and the Federal Government to fix their roads.
Ota is the industrial capital of Ogun State, playing host to many industries and businesses.
But, the people of the area have for years decried the deplorable state of roads in the entire Ado-Odo/Ota Local Government, especially the road leading Ota to Agbara, Lagos, Abeokuta and Idiroko border.
Residents of the area took advantage of the End SARS protest, calling on government to rehabilitate their roads.
On Friday, they took to the street with placards bearing various inscriptions like: “#FixOtaroads; ”Ota Feeds Nigeria, ”Who is our Senator, ”Dapo do something” and others.
The protesters blocked the roads connecting Lagos to Abeokuta and other parts of the state, as they made known their demands.
As they marched round the city in a peaceful manner, policemen and other security agents were seen in their midst to ensure the protest iwas not hijacked by miscreants.
Watch video…
We were not joking when we said we were [email protected]@itsLaycon @[email protected] @focus_Ogun#FIXOTAROADS#OCCUPYOTA#OCCUPYTILLDAPOCOMES#EndsSARS #EndSARS pic.twitter.com/VxTbSxasel
— Ado-Odo Ota Youths #FIXOTAROADS (@ota_youths) October 16, 2020