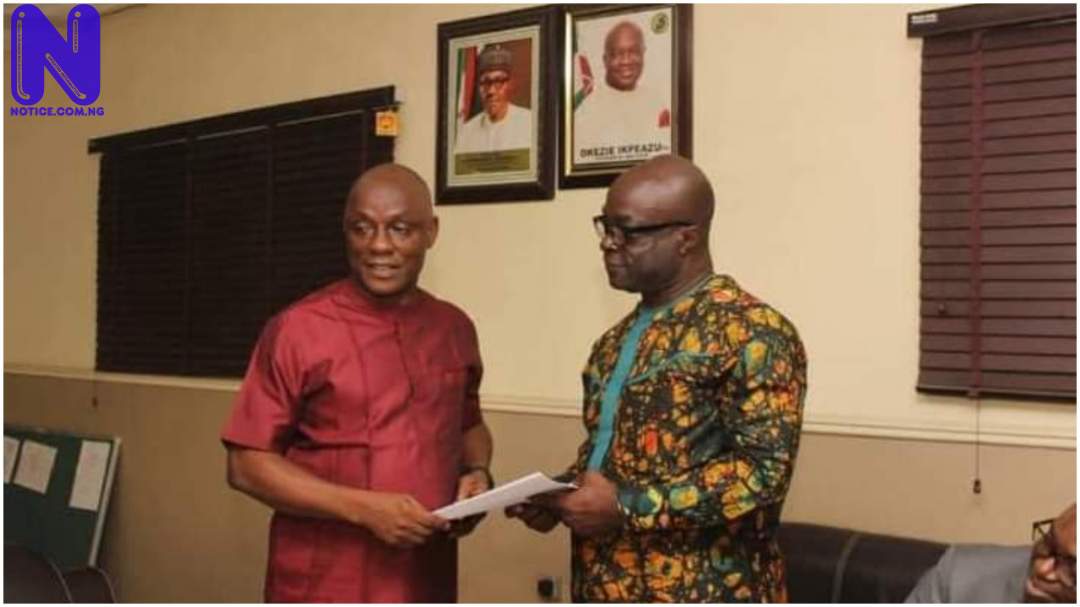 Professor Kalu Osonwa, the new Rector of the Abia State Polytechnic, Aba, has assumed office following his appointment by the State Governor, Dr. Okezie Ikpeazu.
Governor Ikpeazu, in a press release by the Secretary to the State Government, SSG, Barrister Chris Ezem and made available to newsmen in Umuahia, issued the directive.
According to the release, the appointment takes immediate effect.
While performing a handover ceremony held at the Polytechnic Conference hall, Aba, on Friday, the outgone Rector of the institution, Professor Ezionye Eboh flanked by members of management received Professor Osonwa.
Professor Eboh commended Governor Okezie Ikpeazu-led administration for the opportunity given him to serve as Rector of the Polytechnic and disclosed that the institution had recorded tremendous successes in provision of conducive teaching and learning environment, as well as ensuring the development of Infrastructures in the polytechnic.
Eboh congratulated Professor Kalu Osonwa on his appointment and wished him a successful tenure.
In his acceptance speech, the new Rector pledged to consolidate on the gains so far recorded by the past administration of the school.
He maintained that he would continue with the polytechnic’s support and cooperation with the State Government, in its undeterred efforts to provide sound and qualitative education to all Abia children, as well as residents of the State.
Osonwa assured of transparency and accountability in steering the academic affairs of the polytechnic and in spite of that, solicited the cooperation of the Management Staff and various academic Unions and students in taking the institution to another pedestal.