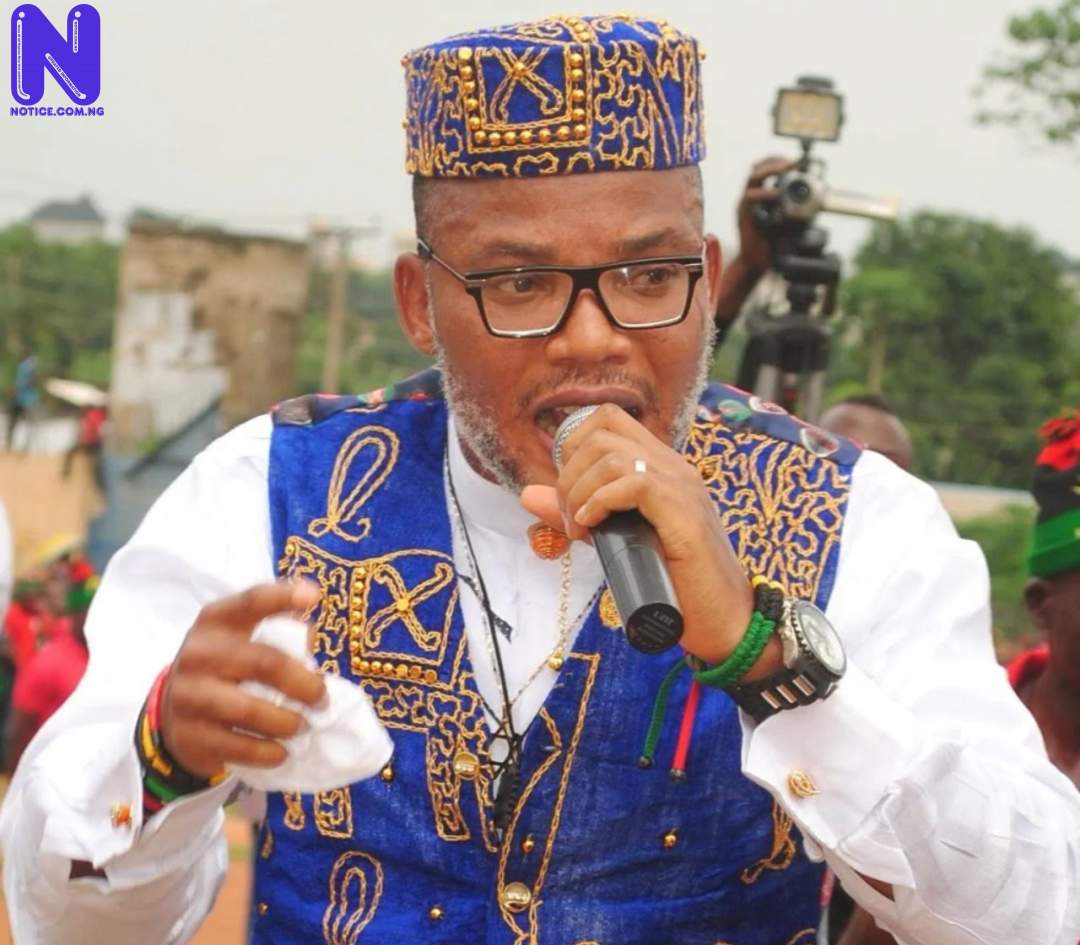 A pro-democracy group, Foundation for Environmental Rights Advocacy and Development (FENRAD), has called on the Attorney General of the Federation and Minister of Justice, Abubakar Malami, to produce the leader of the Indigenous People of Biafra (IPOB), Mazi Nnamdi Kanu in court come October 21, 2021.

The group’s call follows the escalating tension in the southeast as many among Kanu’s supporters fear that their leader may have been harmed.

It would be recalled that Justice Binta Nyako had fixed October 21, 2021 for the continuation of a preliminary hearing in the treasonable felony charges preferred against Nnamdi Kanu by the federal government following the failure of the Department of State Service (DSS) to produce the successionist leader before the court on 26th day of July, 2021.

Kanu was rearrested at Kenya in a combined team operation between foreign security intelligence outfit and the Nigeria government and was extradited to the country to continue his trial, after he fled Nigeria following a military attack, during the operation codenamed ‘Python Dance,’ on his home at Afaraukwu Ibeku Umuahia while still answering to allegations preferred against him.

But, FENRAD in a release jointly signed by its Executive Director, Nelson Nnanna-Nwafor and the Head Corporate Accountability and Human Rights Enforcement, Barrister Akande Femisi, and issued to Press on Tuesday, further re-echoed the call on the government to produce Kanu in court on October 21 and allow the separatist leader a fair hearing in tandem with his fundamental rights.

FENRAD further stated that southeast had lost billions in terms of revenue and inflows even as education in the region has been affected because of the heightened tension in the region.

The organization posited that the tension in the southeast or in any part of Nigeria is not in the best interest of the federal government and does not serve the nation.

The Rights group further used the medium to reiterate her condemnation on the emergency proclamation by the federal government through the Attorney General of the Federation, Abubakar Malami, over the security challenge in Anambra State.

FENRAD stated, “the AGF himself hinted at a possible emergency proclamation over Anambra to enable INEC to conduct election in a state that, in addition, to call for secession, had been marred by killings and threats to life with governorship election less than a month away.

“We condemn such a statement by Malami given the security situation in Zamfara, Kaduna, Plateau states and even Katsina, the home state of the president himself all for which emergency has not been declared in the face of abduction of schoolchildren by bandits and senseless killings by Boko Haram”.

The group further warned that if the situation is not well managed, it may lead the nation into another episode of 1967 civil war.

Parts of the release by FENRAD stated, “Since the operation leading to Kanu’s interception in a foreign country, an exercise which did not follow the required diplomatic protocols and international law instruments to which Nigeria is a signatory, Kanu’s proscribed Indigenous People of Biafra, IPOB had declared ‘Ghost Mondays’ or Mondays ‘sit-at-home’ over the entire Southeast as a protest measure against the continued detention of its leader. Even though the separatists came out themselves saying the measure no longer stands, it was much like closing the stable door after the horse had bolted. Today, all manner of persons acting as sit-at-home enforcers had attacked businesses and properties in the region for perceived nonobservance of the order of stay-at-home.

“The situation escalated to the extent where non-state actors could declare a sit-at-home order from numerous sources including the grapevine. As it appears now, governments at all levels – both at federal and regional – had failed to address this problem, creating at the process needless tension and economic problems in a hitherto calm region. FENRAD believes leadership failure at the region, among its five regional governors of the Southeast, produced Kanu who manages Radio Biafra, a media house the federal government, after failing to jam, says pours out expletives and hate materials against the federation.

“The detention of Kanu has not served a win-win for the region or the government and so if this situation continues the tension in the region will escalate the more.

“Against the backdrop of marginalisation of the Igbo and other groups in Nigeria’s South, Kanu formed and now leads IPOB, a group seeking for the plebiscitary restoration of the sovereign state of Biafra, an apparent attempt to restore a short-lived republic that was declared by the military governor, Lt. Col. Chukwuemeka Odimegwu Ojukwu in May 1967 after killings of Easterners in other parts of the country resulting in a thirty-month civil war. Today, if the situation is not well managed, 1967 could be here again.”