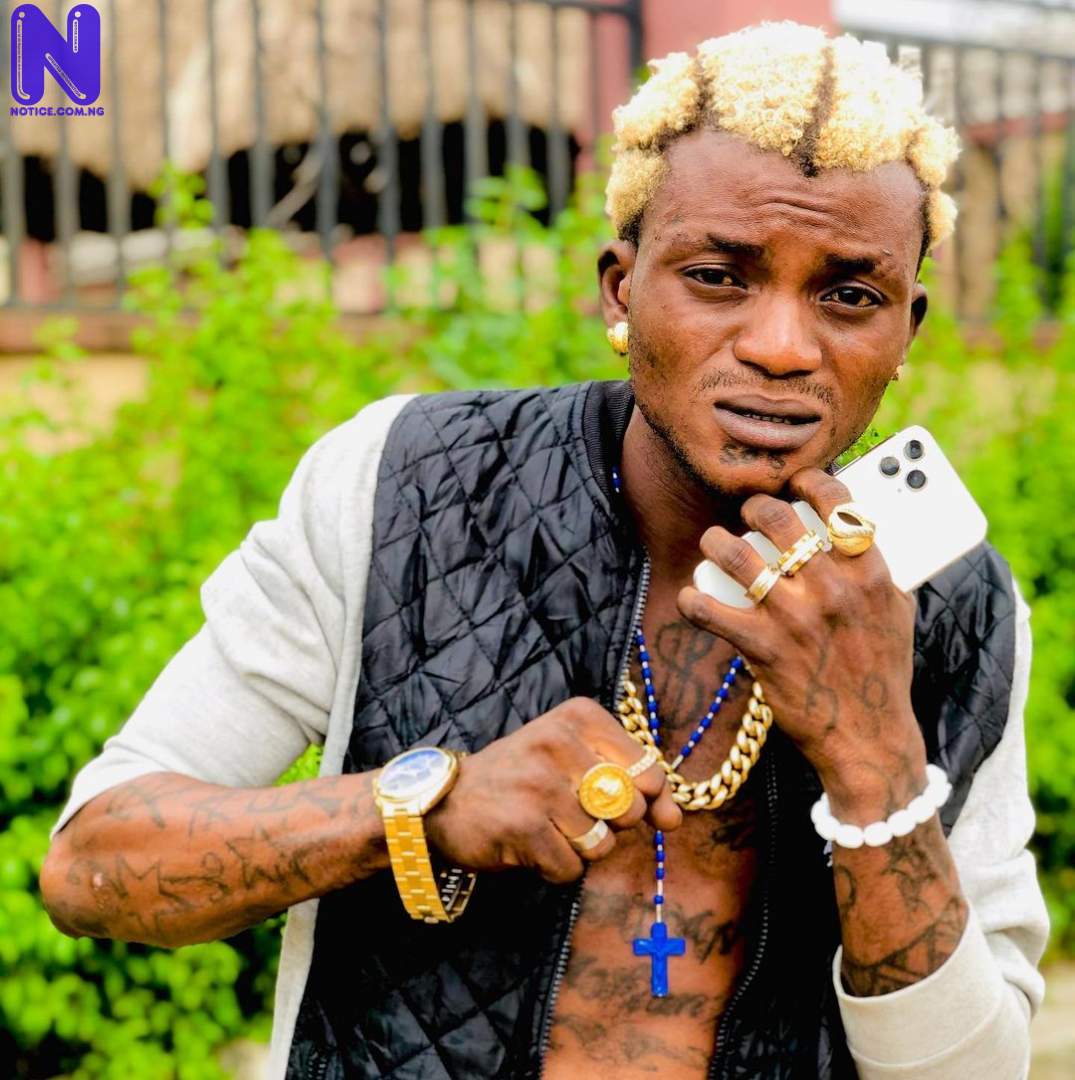 A driver of popular singer, Habeeb Okikiola, popularly known as Portable, has reportedly killed a commercial motorcyclist in an accident that occurred around Iyana Ilogbo, on the Lagos-Abeokuta highway.

This is coming barely 24 hours after the police in Ogun State ordered the Zazu crooner to report himself at any police station for assaulting a young man in a viral video.

The yet-to-be identified driver was said to have engaged in speed violation when he crushed the okada rider on Tuesday.

It was gathered that the driver was on an errand for Portable when the incident happened.

Portable is reportedly naming his baby today in Ota area of the state.

The victim, Press learnt, was rushed to a nearby hospital, where he eventually gave up the ghost.

In a video, Portable said he was not the one who killed the bike rider with his car, saying "no be use my motor jam person."

He confirmed that the victim had passed on after he left the naming of his son to see him in the hospital.

Abimbola added that it was a case of a road accident, adding that investigation will unravel what led to the unfortunate incident.

"The accident occurred at Ilogbo area in Ogun state where one of Portable’s aides hit a motorcyclist and the man did not survive as he died on his way to the hospital.

"We are not sure if the guy in question is drunk or not. We should all wait for the outcome of the investigation.

"But with this, we are resounding our 48 hour ultimatum given to the hip-pop singer, this ultimatum will elapse tomorrow, Wednesday. He will do himself well to be honourable and turn himself in for investigation.”