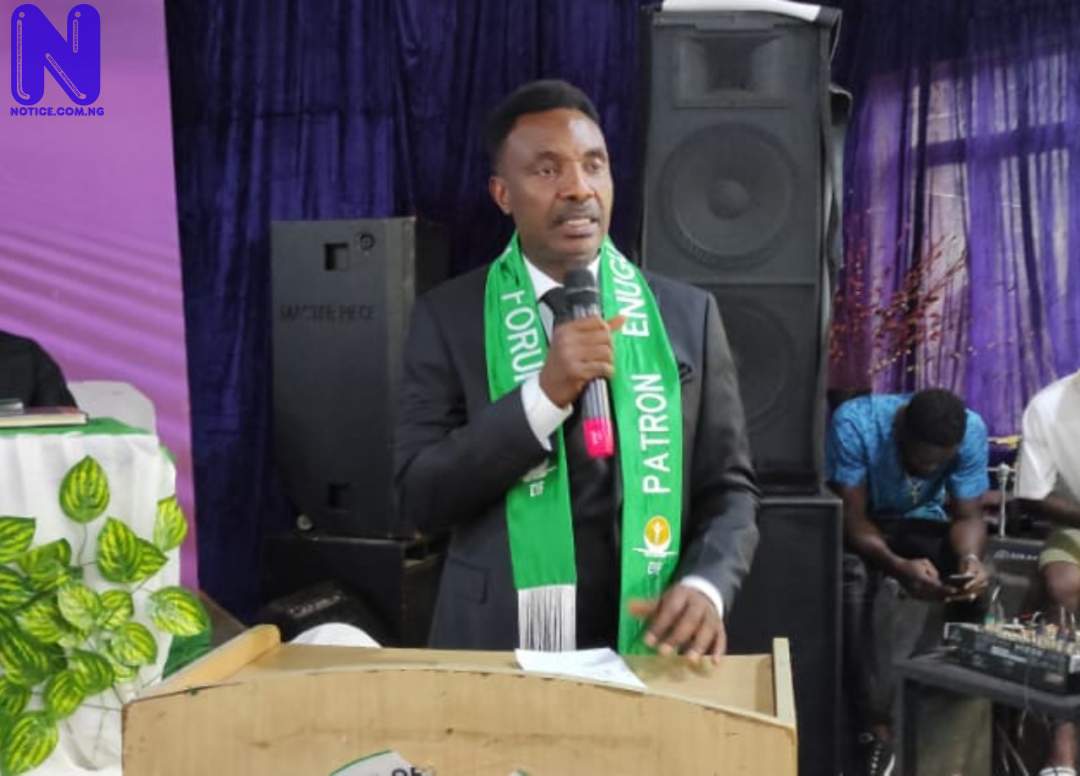 Chairman of the All Progressives Congress, APC, in Enugu State, Dr. Ben Nwoye has accused some desperate politicians of plotting to set Nigeria in flames and bolt away thereafter.

Nwoye spoke at the maiden summit organized by the Enugu Youth Forum on Monday in Enugu.

He is the patron of the youth organization.

The chairman, who spoke passionately about the current situation of the country, said those making inflammatory statements were putting the youths in danger.

Nwoye said upon outbreak of war “The political class don’t flee with make-shift boats, they have options. If you go to America, you see what is happening, people moving dieing in the desert, and the people who caused that are not fleeing in those countries, the leadership class has all it takes to remain there.

“So, we should look at it globally, holistically and say- ‘yes the country is not perfect at this time but we can fix it, we can work together and fix it, let us have dialogue, let us have discussion on how to fix it’. But not how to let it go on a free-for-all.

“This nation of over 60 percent youths cannot afford a free-for-all. Look at our neighbours, especially the southeasters, we are landlocked, we do not have any neighbour we can run to, none, we do not have any country where we can run to, so whatever happens here stays here, those that have opportunities will bail out even before the whistle of war that they have been encating goes off, so we need calm.

“We need the youths to understand that they will receive it when the country goes up in flames as they are advocating, not just the political class but I’m also talking to religious leaders, they have responsibility, people believe them, and the traditional institutions, the students’ leaderships, social media influencers, they need to know that they have responsibility to say the truth, taking things that happened in other countries and reporting it as though it is happening now, they will receive the repercussions, their neighbours, mothers and fathers will suffer it.”

Nwoye commended the Governor of Enugu State, Rt. Hon. Ifeanyi Ugwuanyi for his effort in ensuring the security of lives and properties in the state, stressing, “it is not a small height, it is a pointer of his good leadership qualities.”

Earlier in a remark, the coordinator of the Forum, Onyeabochukwu Christian urged the political class to limit discussions on the 2023 election as such was derailing the focus of government towards providing democracy dividends for the people.

“We are certain that at the appropriate time, the leaders of the State will make a decision concerning 2023,” he stated.