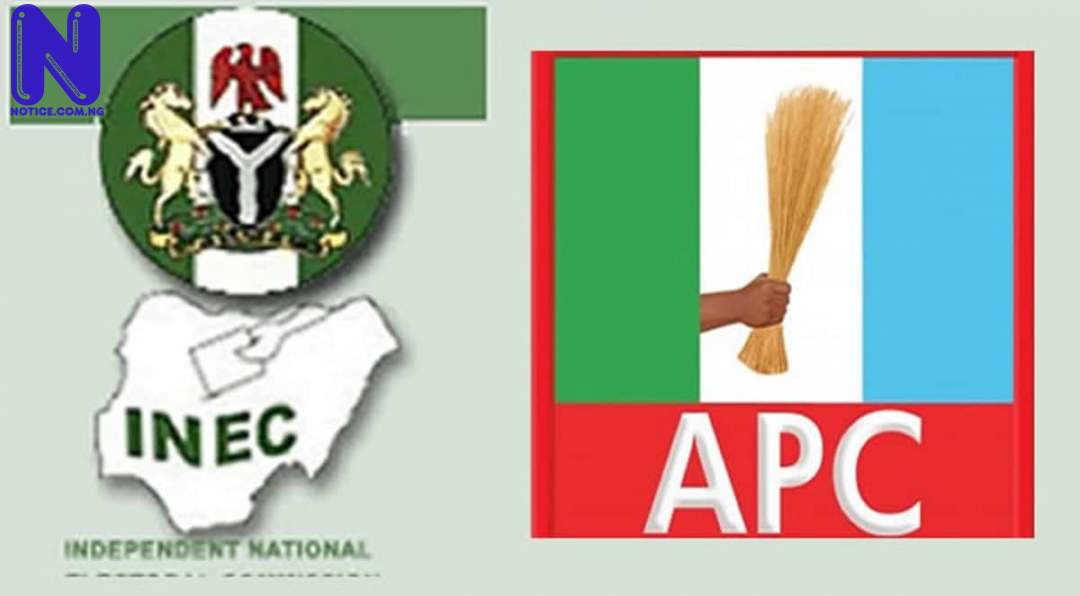 A governorship and two House of Representatives aspirants have dragged the All Progressives Congress (APC) and the Independent National Electoral Commission (INEC) before a Federal High Court in Abuja over threats to disqualify them from contesting the 2023 general elections.

The aspirants, Ambassador Sodique Baba Abubakar, Sodique Lawal Abubakar and Bindir Umar Buba, are praying the court to stop APC and INEC from disqualifying them on the strength of their being political appointees As stated by the Section 84 (11) and (12) of the Electoral Act 2022.

The suit marked, FHC/ABJ/CS/641/2022, was instituted on their behalf by a Senior Advocate of Nigeria, Chief Adeniyi Akintola.

The three plaintiffs are contending that Section 84 (11) and (12) of the new Electoral Act is discriminatory against them and unconstitutional and therefore should not be permitted by the court to be used to disqualify them on account of their mere political appointment.

In their originating summons filed on May 11, the plaintiffs want the court to determine whether being Nigerian People covered by sections 66, 177, 182 of the 1999 Constitution can be subjected to any other conditions, rules or guidelines for the purpose of election into the office of the Governor of Bauchi State and House of Representatives respectively by APC under Section 221 of the Constitution other than the qualifications and criteria set out in sections 66, 177 and 182 of the Constitution.

They also asked the court to determine whether being card-carrying members of APC and political appointees, they can be prevented or barred from participating in its political Convention, Congress or Primaries.

The plaintiffs further sought the determination of whether the directive of APC based on Section 184 (12) of the Electoral Act 2022 that political appointees must resign their positions 30 days before they can participate in its Convention, Congress or Primaries for the purpose of standing as political party candidates in the coming election is Constitutional.

Upon resolution of the issues in their favour, the plaintiffs asked the court to declare that the APC’s directive that political appointees should resign from their respective posts as a result of sections 84 (11) and (12) of the Electoral Act 2022 is unconditional and therefore null and void.

They sought an order declaring as unconstitutional, illegal and unlawful the APC’s directive that political appointees must resign from their positions before they can participate as voting delegates or be voted for in the convention or Primaries of the party.

Plaintiffs applied for an order of injunction restraining APC and INEC either by themselves or agents from preventing, hindering or stopping them from attending, participating in party congress, convention or primaries for the purpose of voting or being voted for as candidates in the forthcoming elections and in any congress, convention or primaries.

In their 26-paragraph affidavit in support of the suit, the 1st plaintiff, Sodique Abubakar claimed to be a political appointee and currently serving as Nigeria’s Ambassador to the Republic of Chad.

The 2nd Plaintiff, Sodique Lawal Abubakar claimed to be a Special Assistant in the Federal Capital Territory Administration (FCTA) while the 3rd defendant, Bindir Umar Buba asserted to be National Coordinator, Social Investment Program in the Ministry of Humanitarian Affairs, Disaster Management and Social Development.

They averred that they have obtained expression of interest forms to contest in the primaries of the APC for nomination as candidates in the coming election.

The affidavit deposed to by one Oluwafemi Abimbola, a legal practitioner on behalf of the plaintiffs averred that sections 65, 66, 107, 131, 137, 177 and 182 of the 1999 Constitution covered the qualification requirements of aspirants to political posts in Nigeria.

They claimed that Article 2 of the APC Constitution affirmed the Supremacy of Nigeria’s Constitution but the same party breached the section with its directive of May 7th that all political appointees must resign 30 days before its primary election.

They stated that sections 84 (11) and (12) are at the moment standing on their way to achieving their political ambitions and that unless the APC and INEC are restrained from the thread, they will be prevented from participating in the primary for nomination as candidates.

Meanwhile, no date has yet been fixed for the hearing of the suit.