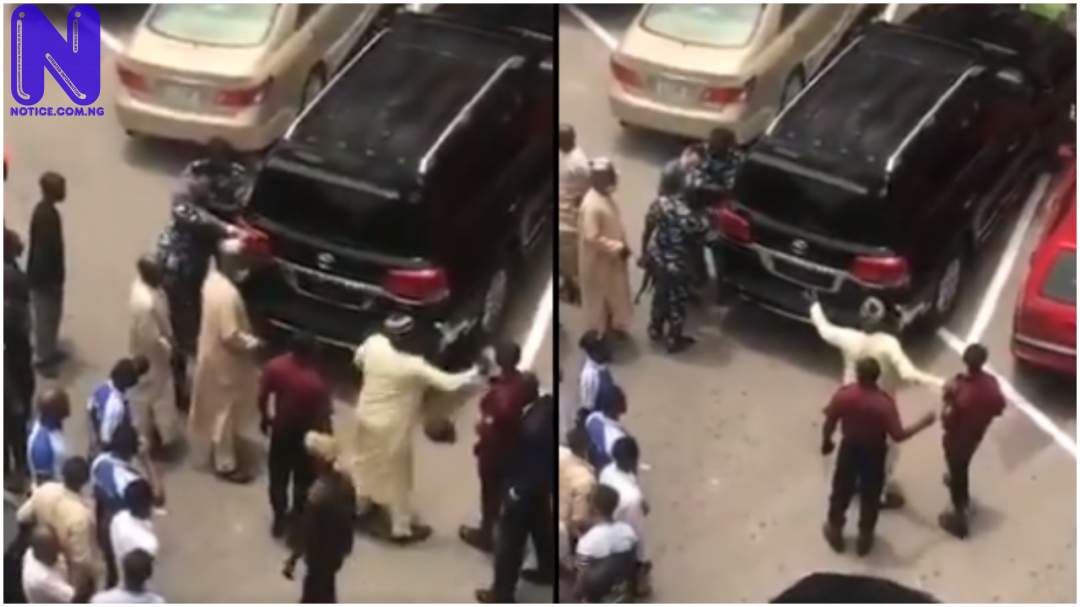 Human rights group, Concerned Nigerian People has called for the arrest and prosecution of the Code of Conduct Tribunal Chairman, Danladi Umar over his recent assault of a security guard in Abuja.
TheCCT Chairman was seen publicly assaulting a security guard in a viral video on Tuesday.
However, in a statement on Wednesday, Umar denied assaulting the guard, claiming some ‘Biafran boys’ destroyed his windscreen and inflicted injuries on him.
But the Concerned Nigerian People group in a statement by its Convener, Deji Adeyanju described the attack as distasteful.
The statement read: “Our attention has been drawn to a press statement by the Code of Conduct Tribunal Chairman, Danladi Umar denying assault of an innocent Nigerian man at his duty post in a plaza.
“We are surprised that the CCT chairman will blatantly deny a viral video that was captured by many witnesses. The violent attack on the private security guard is distasteful and should be condemned by all and sundry.”
The group called on the police to arrest and prosecute the CCT Chairman, adding that Nigerian People were already being tormented enough by the economic hardship and being assaulted by Danladi was the peak of all physical assaults.
“Political leaders are supposed to safeguard and protect the well-being of all Nigerian People but not the other way round.
“On this basis, Danladi Umar needs to face the full wrath of the law and bear the consequences of his action.
“The police need to demonstrate that the Nigerian constitution is no respecter of any person or group of persons,” the statement added.