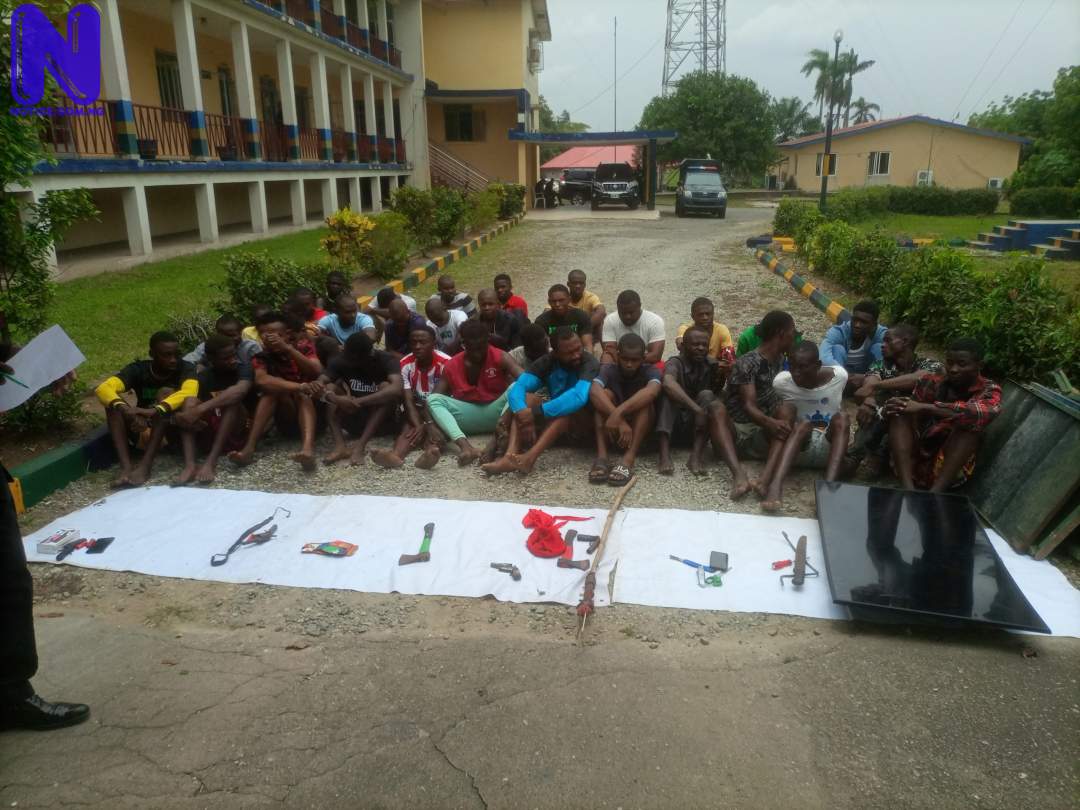 Police in Cross River State has paraded 34 suspected criminals and recovered 3 locally made pistols, charms, four red marks and five pointer stick spears.
Other items recovered included three hundred and sixty-eight thousand Naira, Passat wagon car and one hand set.
Parading the suspects and the items, the State Commissioner of Police, CP Sikiru Akande reiterated the command’s challenge in dealing with criminal elements.
CP Akande assured the people of the state that the command has been repositioned to tackle security challenges.
“It is evident that the dynamic of modern society has made citizens’ participation in crime fighting inevitable”
The CP cautioned traditional rulers to ensure peace in their domain rather than involving themselves in chieftaincy crisis, noting that he ordered the closure of the Henshaw Town Council for peace to reign.