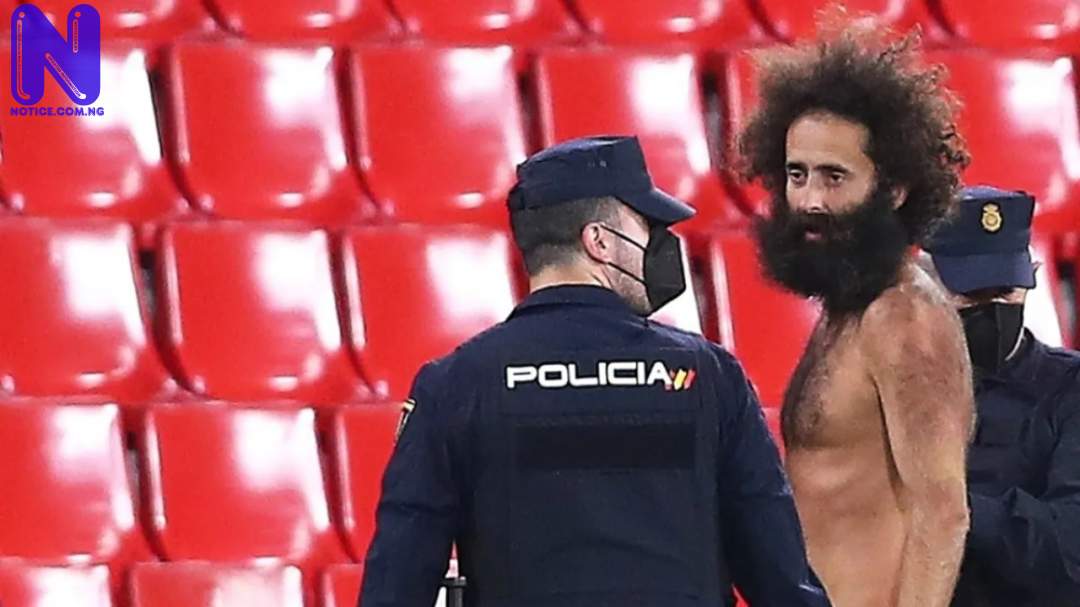 Granada local police has given update on the man who ran into the pitch naked during the Spanish side’s Europa League tie against Manchester United last Thursday.

The man was apprehended after running to the field naked in the 10th minute of the encounter won 2-0 by the Premier League side.

The naked man has since been identified as Olmo Garcia, who, As stated by the police is known by locals as “The Naked Man of Granada.”

He is said to be reputatable for going about in public places completely nude.

The police said that Garcia avoided security and COVID-19 protocols by hiding under a tarp for 14 hours before the kickoff of the game.

Providing an update about the streaker, the local police said in a statement, “He made it onto the pitch from underneath a large canvas, where he was hidden.

“The man made it into the stadium at 7am after getting through the security perimeter located between the stadium and the Palacio de Deportes building, where it is clear he spent the next 14 hours hidden under the canvas in order to not be seen until he decided to make his move.”

The reversed fixture of that encounter comes up at Old Trafford on Thursday evening with Ole Gunnar Solskjaer’s side in full control of the game having taken home a 2-0 lead.