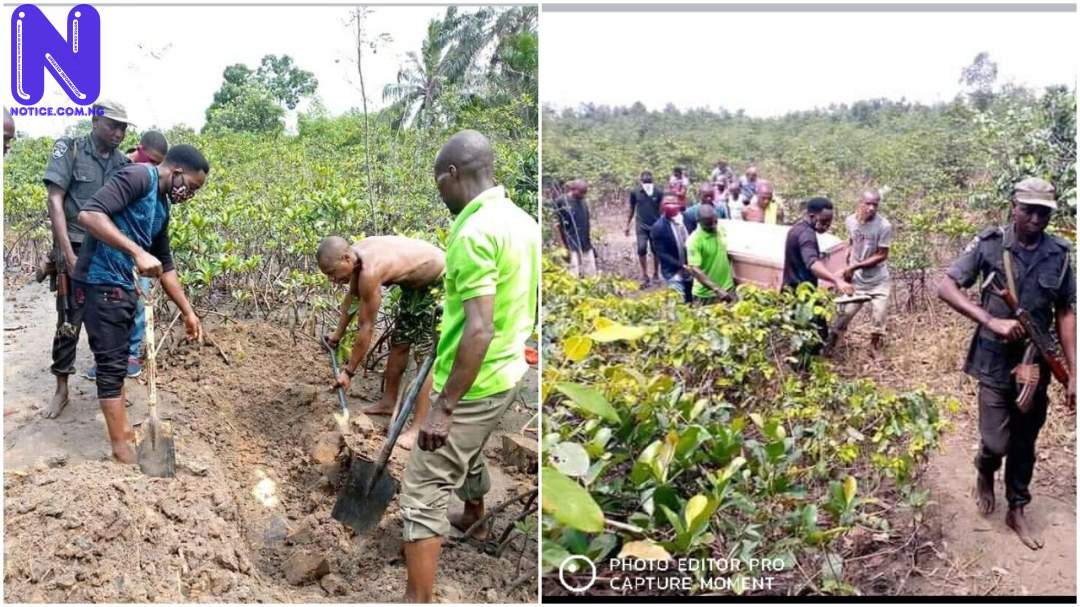 The Rivers State Police Command has exhumed the decomposing body of the Community Development Chairman of Kereken-Boue community in Khana Local government of the State.
The CDC Chairman, Prince Deeka was said to have been buried alive by certain criminals for some unknown reasons.
The DPO of Bori Police Station, SP Bako Angbashim led his team to a thick forest between Andoni and Bonny local government areas of the state, where Deeka, was buried.
The 10-year son of the murdered community leader was among the team who visited the forest so he could identify his father.
While the State Police Command is yet to issue a statement to that effect, Press reports that a few weeks ago, some youths broke into the home of the CDC Chairman and took him away to an unknown location