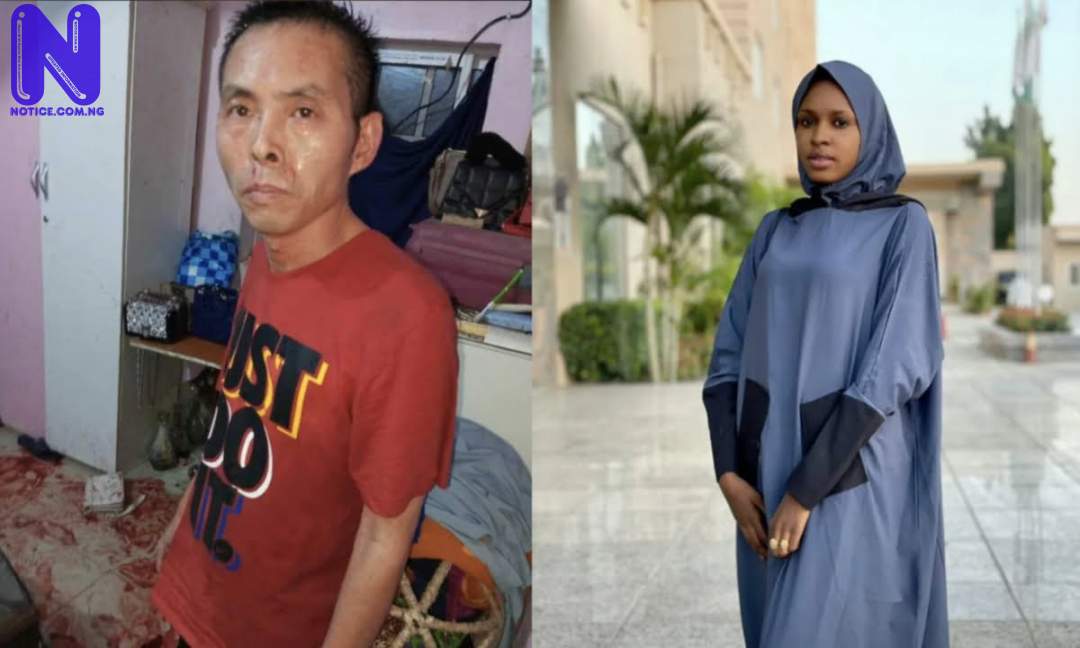 The Kano State Police Command has arraigned a Chinese national, Mr Geng, at a Chief Magistrate Court sitting at Normansland in Kano over the alleged killing of his ex-lover Ummulkulsum Buhari.

The Police charged the culprit with only one-count charge of culpable homicide in the killing of the 23-year-old graduate of Kampala University in Uganda, As stated by the police spokesman.

It would be recalled that a Chinese national, simply identified as Mr Geng, was alleged to have slaughtered his ex-lover, Ummukulsum Buhari at Kuntau residence, Janbullo general area of Kano metropolis.

The tragic development happened at 7 pm on Friday when Geng reportedly found his way to the home of the late Ummukulsum.

Ummukulsum Buhari was said to be a graduate of Agriculture Science from Kampala University, Uganda, and after graduating, she was undergoing her National Youth Service Corps (NYSC) year at Sokoto.

A source told our correspondent that Mr Geng had a sizzling relationship with the young lady for two years before she settled for another man within the city.

However, Ummukulsum Buhari’s marriage never lasted and she was said to have returned to her family house to continue her normal life.

The account explained that Mr. Geng, who felt jilted by Ummukulsum Buhari’s allegedly scaled the perimeter fence, sneaked into her room and slaughtered her in cold blood.

A report said a family member and well-wishers who had tried to save her life took her to the nearby health facility, where she reportedly gave up the ghost.

The suspect was rescued from a mob by the police and taken to their station.