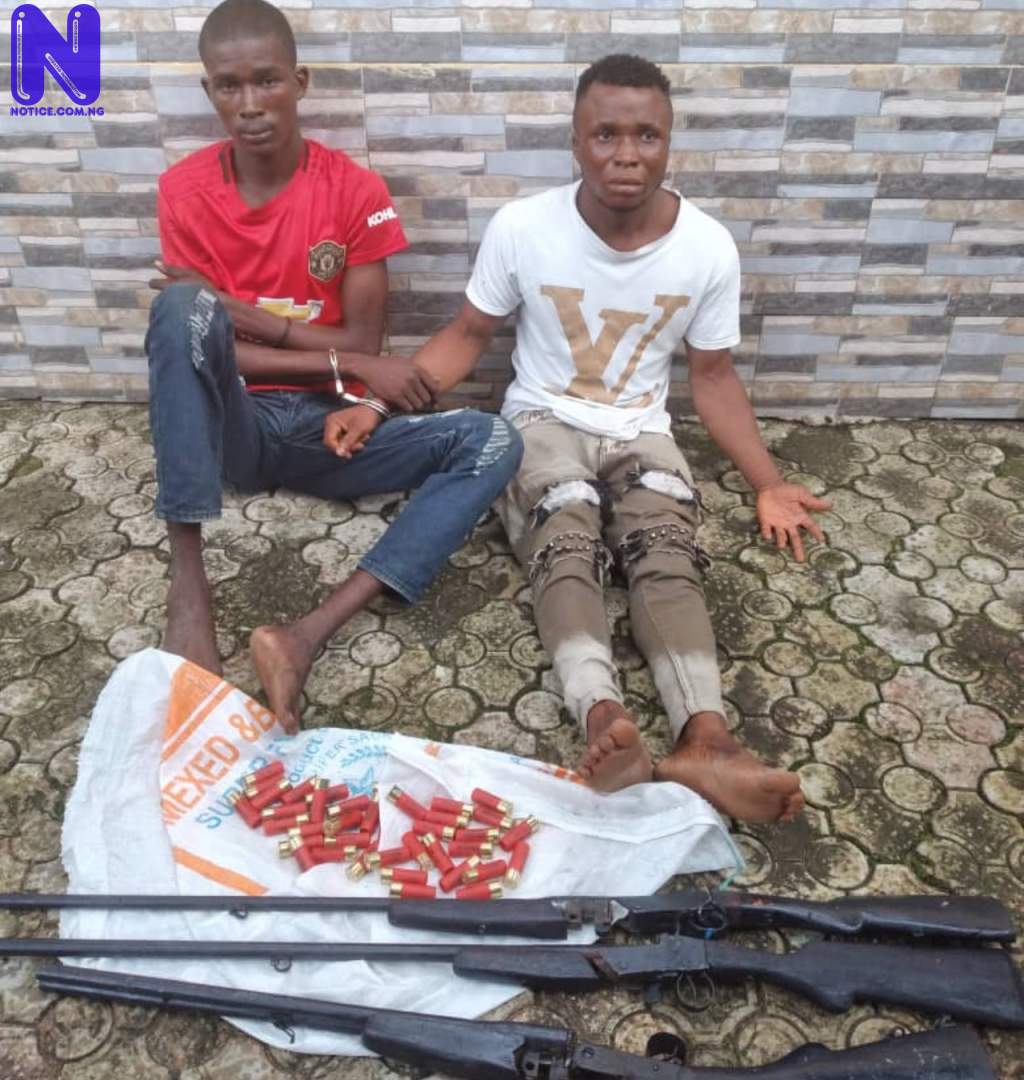 The Delta State Police Command has arrested two notorious members of armed robbery and kidnapping gang terrorizing Otu-Jeremi community and its environs in Ughelli South Local Government Area of Delta State.
The two suspects include, Stanley Samuel ‘M’ 22 years old and Zion John ‘M’ 21 years old, both of Ewu community in Ughelli South Local Government Area, Press reports.
The suspects were arrested based on intelligence by operatives of the Eagle-Net Squad on Wednesday at about 1354hrs.
The Police also recovered a bag containing one double barrel gun, two single barrel guns and thirty-eight (38) rounds of live cartridges from the
When contacted for comments, the Delta State Commissioner of Police, CP Mohammed Hafiz Inuwa confirmed the report in a text message to Press.
He said investigation is ongoing to arrest other members of the notorious gang.