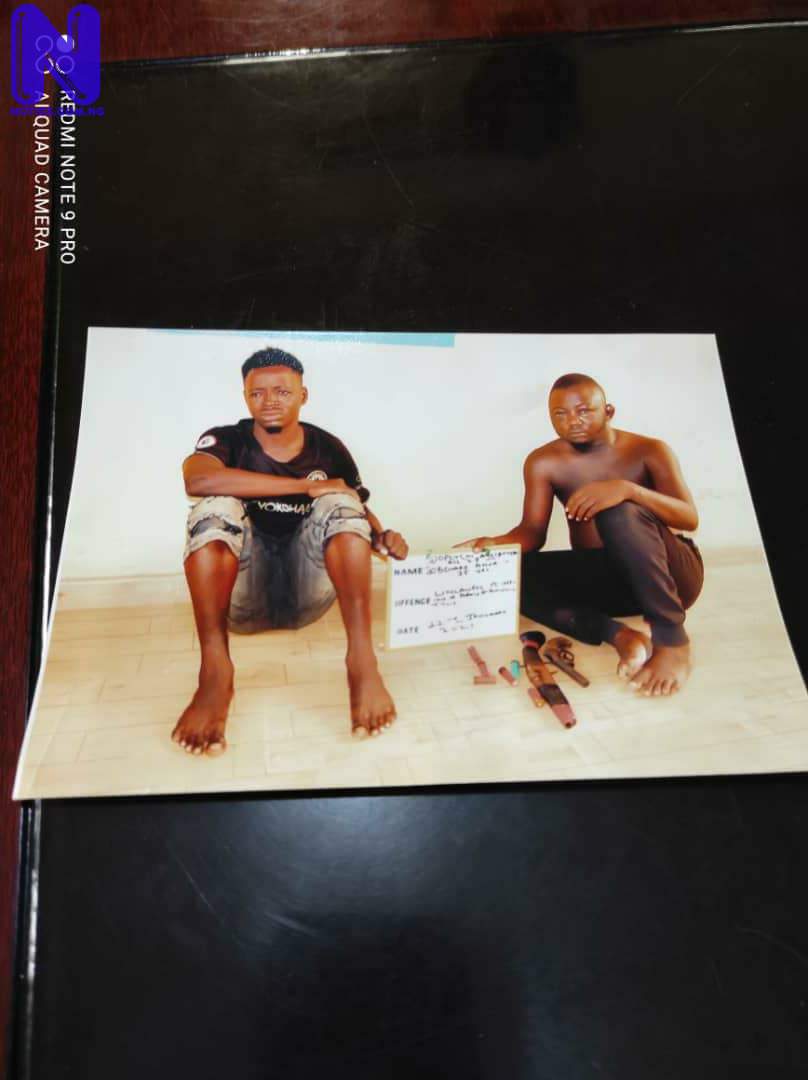 The Operatives of Nigeria Police attached to Ejigbo Division, on last Friday apprehended two suspected armed robbers while consulting a herbalist at Ogun, the god of Iron’s shrine.
The herbalist, Lawrence Adeniji also known as OPC Abore and some members of the community, as it was gathered informed the Divisional Police Officer, Ejigbo Division about the suspects at Ejigbo area of Lagos State.
The suspects: Opeyemi Adegboyega, m, 28, and Dernard Ahor, m, 35 were arrested for being in possession of locally-made pistols, live cartridges and ammunition to appease the god of Iron, Ogun, which is strange to their usual practice in the shrine.
Items recovered from them included two locally-made pistols, six live cartridges, one hand chain, one ring, two iPhones, one Nokia phone, one Tecno phone and assorted charms.
This was made known in a statement signed by the spokesperson of Lagos State Police Command, CSP Olumuyiwa Adejobi on Thursday.
The suspects and their exhibits have been moved to the State Criminal Investigation Department, Panti, Yaba for proper investigation on the order of the Commissioner of Police, Lagos State, CP Hakeem Odumosu.
Meanwhile, the police on Sunday have also arrested two suspected cultists, Lucky Ibaye, m, 23, and Kazeem Sherif, m, 34 at Damis Palace Hotel Igboolomu area, Ikorodu, Lagos.
Two locally-made pistols and assorted charms were recovered from them.
The command spokesperson said, the Lagos State Commissioner of Police, CP Hakeem Odumosu, applauded the efforts of the members of the community to call the attention of the police to such suspicious acts of the suspects at Ejigbo and Owutu respectively.
He, in spite of that, appealed to the general public to embrace the principles of community policing and support the police in providing adequate security for all and sundry in Lagos State.